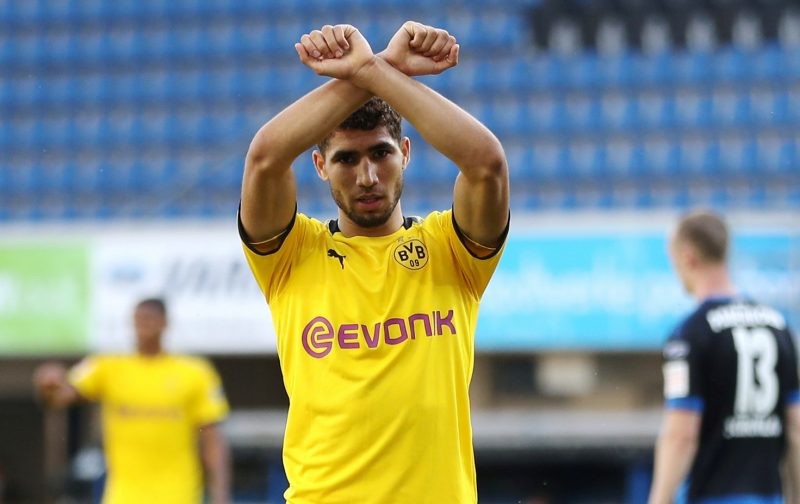 Achraf Hakimi looks to conclude a deal to join Inter from Real Madrid and is expected in Milan on Tuesday.

Currently on loan at Borussia Dortmund, the Moroccan international has impressed many, but Dani Carvajal’s position as undisputed starter at right-back for Real Madrid complicates things.

Real Madrid were in contact with Achraf’s agent throughout the current campaign, and Bayern Munich’s interest in January acted as a catalyst in letting Los Blancos know that the player is looking for regular time on the pitch.

Talk in Italy suggests that Achraf will arrive in Milan on Tuesday to seal a switch to Inter for 40 million euros.

MARCA report that the deal hasn’t been completed yet, and the player’s agent is in charge of finalising any proposal which will then be presented to Real Madrid, who also want to have some kind of buy-back option included.

Meanwhile, Sky Sport Italia said on Monday that Achraf had all but sealed the deal having had a medical already, before flying to Milan to sign a new contact.

On Sunday, Inter CEO confirmed that the talks were on the right track though stated that nothing was complete yet.