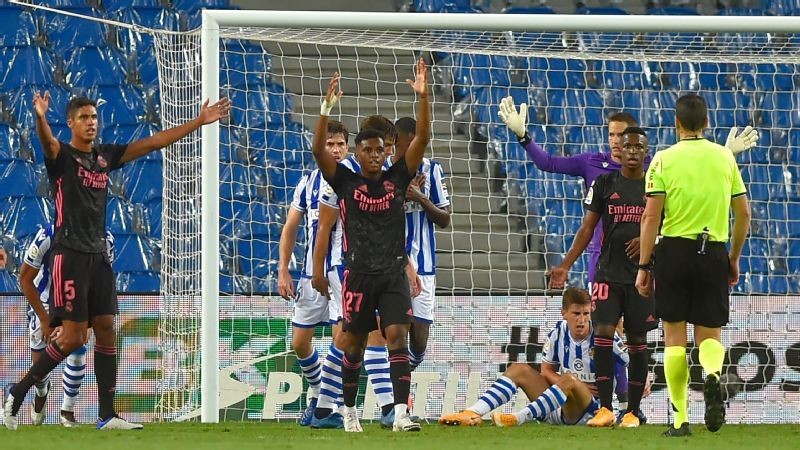 Real Madrid had an underwhelming return to La Liga as they could only draw 0-0 away to Real Sociedad on Sunday in the first game of their title defence.

The champions looked rusty and particularly toothless up front, barely creating any chances of note in either half as Karim Benzema found little support in Brazilian teenage forwards Vinicius Jr. and Rodrygo.

Benzema missed Real's best chance of the first half when he lost his footing as he rounded goalkeeper Alex Remiro and later saw a goal-bound shot blocked by a dive from Sociedad defender Aritz Elustondo.

Substitute Marvin, 20, could have had a dream Madrid debut when a chance fell his way after coming on but failed to keep his composure. Sociedad's David Silva made his first La Liga appearance in a decade when he came on as a substitute in the second half.