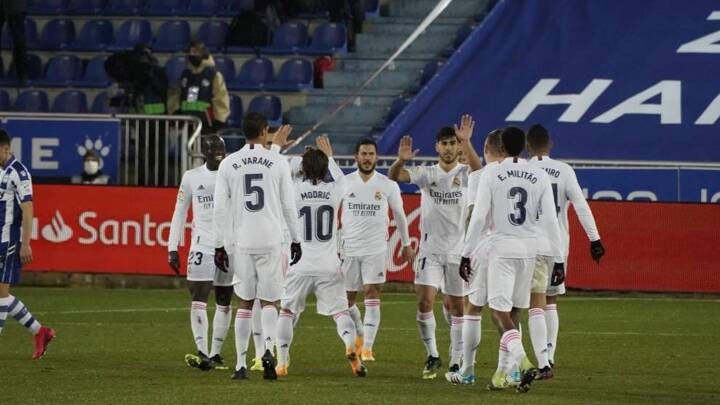 After 21 days without a victory, Real Madrid got back to winning ways in Vitoria. Los Blancos ended a torrid 'tour' away from Valdebebas made up of two defeats, one draw and a single victory, against Alaves at Mendizorroza yesterday.

A series of bad results away from home since their controversial trip to Pamplona in stormy conditions, had plunged the club in to crisis. However, this victory has eased some of the pressure on Zinedine's Zidane's side.

Madrid's tour around Spain started badly when they dropped two points against Osasuna on January 9, meaning they fallen even further behind Atletico Madrid in the title race.

This was followed by the Supercopa de Espana semi final against Athletic Club. Zidane saw his side fail to reach the final, making it two away games without victory.

The third match away from Madrid proved to be the most damaging. They crashed out of the Copa del Rey against Segunda B side Alcoyano, which was the second title they'd lost in just six days.

Zidane will be hoping that the victory in Vitoria will be a turning point in his sides fortunes after this bad run.