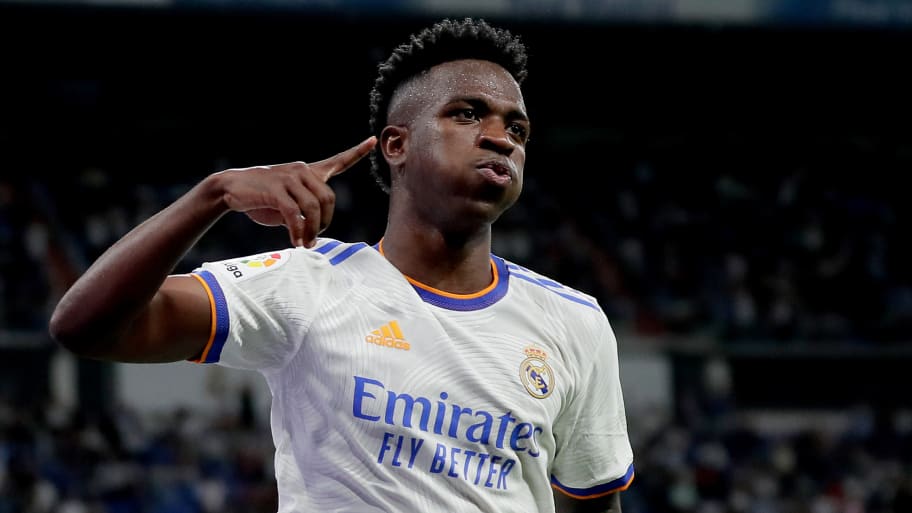 Real Madrid are expected to reward Vinicius Junior with a new and improved long-term contract after holding talks with his representatives.

The 21-year-old has been in electrifying form for most of the campaign, firing home 17 La Liga goals to help Carlo Ancelotti's men canter to the title ahead of Barcelona and Sevilla, and his current deal at Santiago Bernabeu runs until 2024.

Vinicius has also shone on the European stage for Ancelotti, playing in all 12 of Real Madrid's Champions League games this season, and he'll likely line up on the left flank against Liverpool in the competition's final - to be played on 28 May at the Stade de France in Paris.

In an interview with TNT Sports back in October, Vinicius excitedly spoke of the possibility of signing a contract extension at Real Madrid - noting that he was 'very relaxed' about talks opening in the months ahead while adding 'of course, I want to renew and stay here a long time'.

A decision was then made in December to push talks out until the end of the season, and Marca now note that Real are 'working on the operation' that will lead to extending Vinicius' contract.

The report states that an agreement has not yet been found, but both the club and Vinicius' entourage believe they are working towards concluding a deal - with talks so far said to have been 'harmonious'.

Real Madrid are understood to be keen on tying Vinicius down until 2028, with his new contract likely to take his release clause - a standard contract practice in Spain - up from €350m to €1bn; bringing him in line with the club's top stars.

36-year-old Luka Modric is also expected to renew his contract for another year, while Real's summer could get even better if they manage to land Kylian Mbappe on a free transfer from Paris Saint-Germain - the club remain confident of signing him after months of negotiating and patience.

This article was originally published on 90min as Real Madrid expected to renew Vinicius Junior contract.