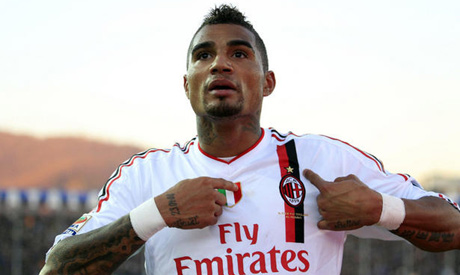 It is claimed AC Milan will attempt to tie the former Portsmouth ace to a new deal with Jose Mourinho a fan of the player and interested in fielding him next season.

The 25-year-old attacking midfielder has also been linked with a return to England with Manchester United believed to be interested in his signature.

Sir Alex Ferguson wants to add the Ghanaian to his squad to play behind Wayne Rooney.

Boateng made 27 appearances and scored nine goals due to persistent injuries this term.

After the Italian giants lost out on the Scuddeto, the ex-Tottenham man could be tempted to give a new leap in his career by abandoning the Rossoneri to sign for a club with higher aspirations.