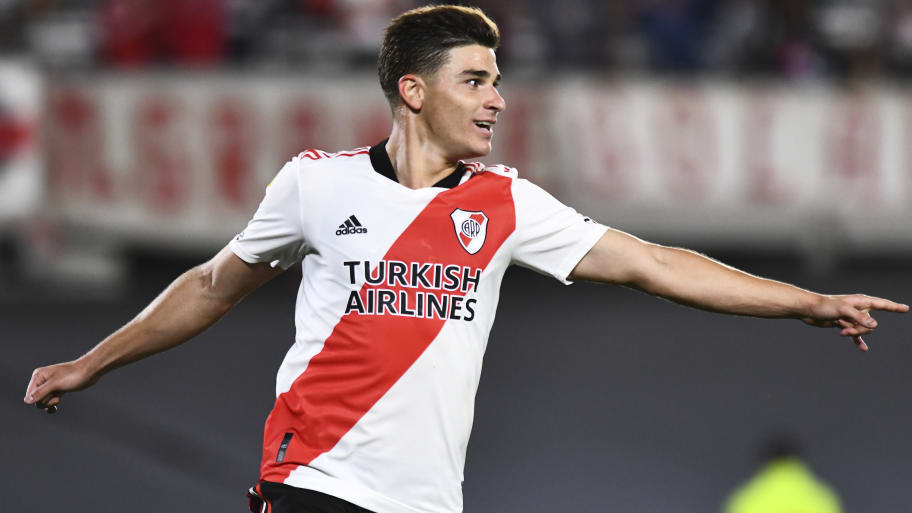 River Plate starlet Julian Alvarez is keen to leave the club and head for Europe, where Real Madrid and Juventus are hoping to snap him up.

The 21-year-old has been in sensational form in his native Argentina, bagging 15 goals in 16 games, and finds himself on the fringes of the national team as a result.

His form has attracted plenty of interest, with Real and Juventus both incredibly keen on landing Alvarez in the coming months.

River are understandably keen to extend his contract, which is set to expire at the end of 2022, but Marca state that Alvarez will only agree to sign an extension if he is promised a move to Europe in the near future - as he wants to boost his chances of making Argentina's squad for the 2022 World Cup.

Alvarez believes a fee of €20m (£16.7m) would be fair and is understood to have made it clear that he will only re-sign if such a clause is inserted into his new deal.

Who is Julian Alvarez?

Now 21 years old, Alvarez has been a part of the first team at River since 2018, but he has really come out of his shell this year.

Playing almost exclusively as a striker, Alvarez has thundered home 15 goals and six assists in just 16 games for River, including a four-goal haul against Patronato before the November international break.

Why do Real Madrid & Juventus want him?

The numbers from this season speak for themselves, but Real have long been aware of his potential and actually tried to sign him all the way back in 2011.

Alvarez travelled over to Madrid as an 11-year-old for a trial with Los Blancos, and although he impressed, he was told by the club that they would not sign him until he was 13 - a policy used for all overseas recruits - and so he returned to Argentina.

River took him on in 2015 and Alvarez, who is primarily a striker but can shine out wide as well, has never looked back.

What's been said about him?

"He is a player that coaches love," said River boss Marcelo Gallardo. "For his quality, his generosity, his mischief.

"Any coach would love to have him. He's a young boy and has a long journey ahead of him."