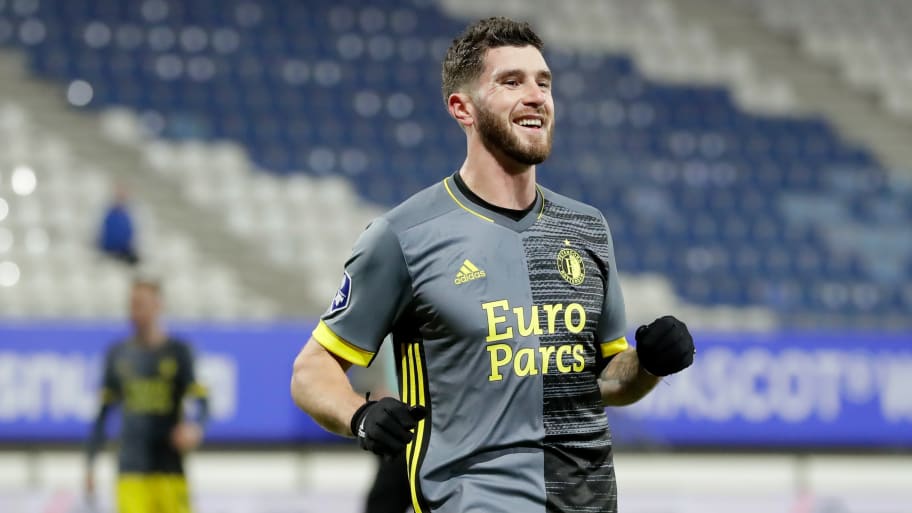 Real Madrid are on the lookout for cover at centre-back in the January transfer window, and could make a move for Feyenoord defender Marcos Senesi.

Los Blancos have powered through the 2021/22 campaign with Eder Militao and David Alaba in the heart of defence following the summer departures of Sergio Ramos and Raphael Varane.

Real's new duo have shone this season, but Militao produced a costly error in a 1-0 loss at Getafe on Sunday. Club president Florentino Perez is said to be a fan of the Brazilian's but is nonetheless looking for cover in his position.

El Nacional report that Real are on the hunt for a player who would be willing to play as backup, which has led them to Feyenoord's Senesi.

The 24-year-old, who is yet to be capped at any level by his native Argentina, is believed to have a price tag of around €20m and is keen on a move to Madrid, though they are not alone in their interest.

90min reported recently that West Ham are monitoring Senesi following injuries to Kurt Zouma and Angelo Ogbonna. Man Utd, Tottenham, Aston Villa, Leeds and Newcastle have all watched the centre-back this season too.

Senesi has a year-and-a-half remaining on his current Feyenoord contract with the Dutch club still hoping to tie him down to a new deal, though they would do well to fend off this level of interest.

While still uncapped, Senesi is hopeful of securing a place in Argentina's squad in the 2022 World Cup and has spoken with Albiceleste assistant boss Walter Samuel about a call-up.

“I know that the opportunity will come and I will try to make the most of it, I have confidence in that. The decision is not mine, but I hope I have the chance to impress before the World Cup,” Senesi told Ole in 2021.

“I spoke with Walter [Samuel], who told me that they saw me and were following me, and that I had improved a lot and the opportunity was going to come. I just have to work and wait for that call.”

This article was originally published on 90min as Real Madrid linked with highly-rated Marcos Senesi.