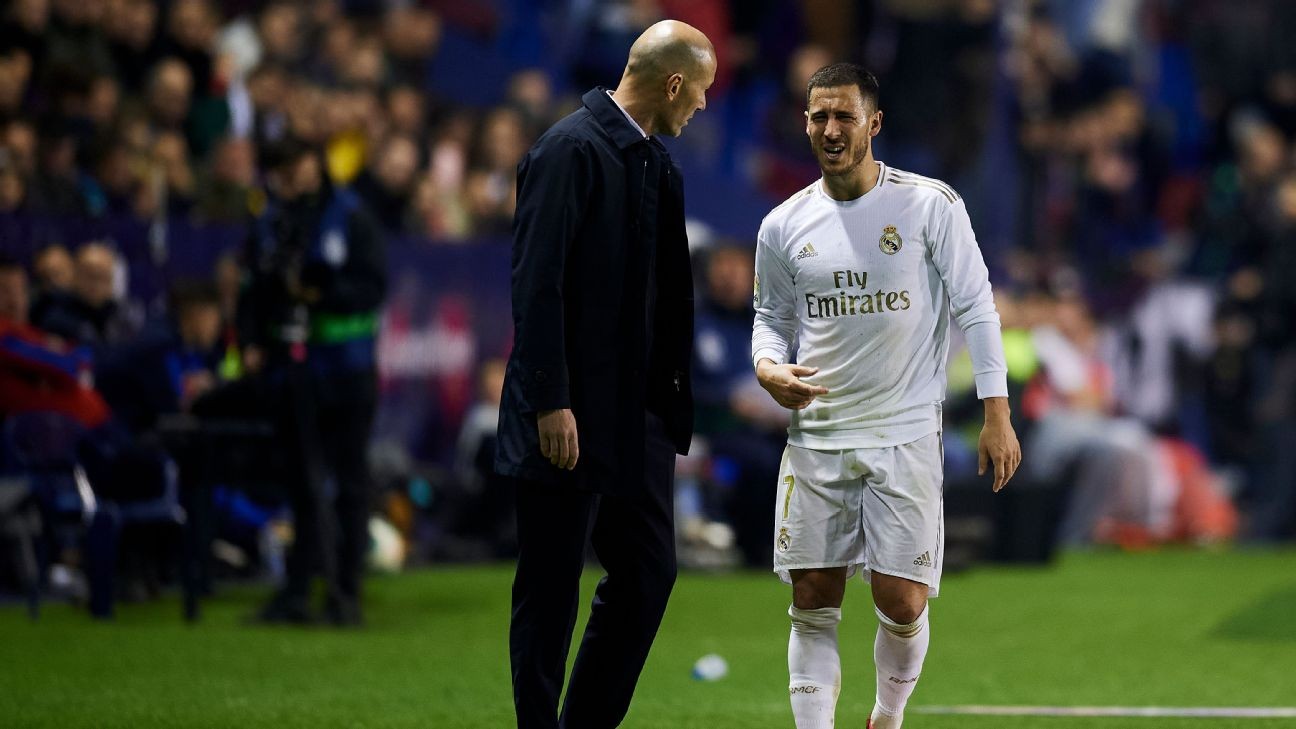 Hazard, who returned on Feb. 16 from an ankle injury that had kept him out of action since November, suffered a fracture to his right distal fibula during Real Madrid's 1-0 loss at Levante on Saturday.

Madrid have not commented on how long Hazard will be out for, but when asked about the Belgium captain's latest injury, Martinez told reporters: "We are very sad, because this injury will leave him out of action for at least three months.

"A footballer like Eden should always be on the pitch. We have an excellent communication with Real Madrid's medical staff and we are anxious about Eden.

"It's a shame, because it has also happened before an important game as that of Manchester City."

Injuries have limited Hazard to only 15 games in all competitions since joining Los Blancos from Chelsea in a £150 million move last summer.