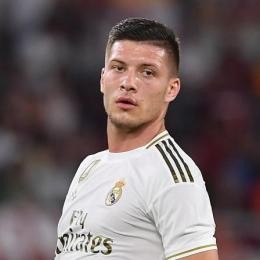 According to Marca, Serbian international striker Luka Jovic (22), despite a very bad start playing for Real Madrid, is adamant over making Zinedine Zidane give him a further chance. Former Eintracht Frankfurt hitman is tracked by a bunch of clubs around, including Arsenal, Chelsea, Tottenham, AC Milan, and Napoli. His market worth, however, is now esteemed around half the 60 million euros he was pruchased by last summer.