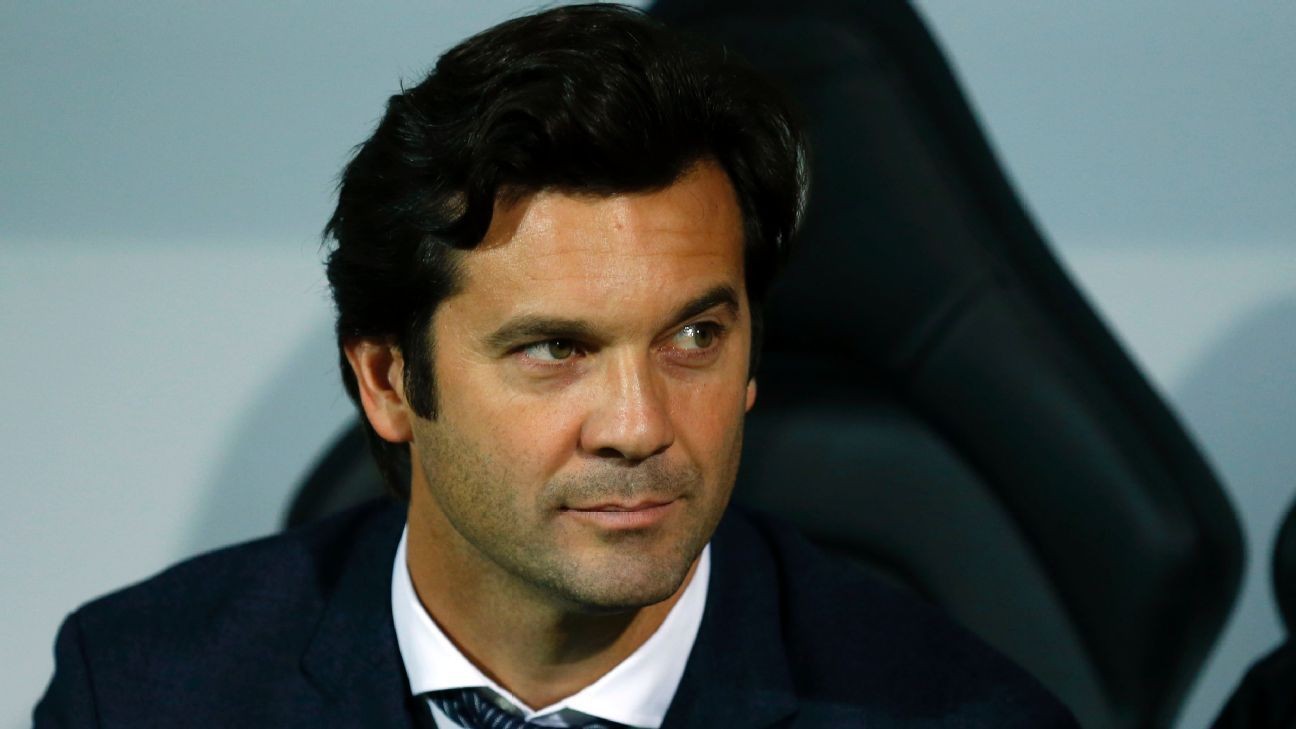 As Real Madrid prepare to take the next step in replacing Julen Lopetegui, the FC crew discuss whether Santi Solari has earned a shot at the job.

Real Madrid interim coach Santiago Solari claimed not to know yet -- or to be too concerned -- whether he would now be appointed to the Bernabeu bench full-time on Monday after an eventful 4-2 La Liga win at Celta Vigo.

Karim Benzema put Madrid ahead midway through the first half with a superb finish, with more individual brilliance from the Frenchman leading to David Cabral's own-goal after the break.

That meant four wins from four games since Solari stepped into the role, following just one point from the previous five La Liga outings under previous coach Julen Lopetegui.

Pick your eight-man team and compete in the Champions League, Premier League, La Liga or Liga MX, then go head-to-head in leagues against your friends or people around the world. Sign up for free!

How to play ESPN Fantasy Soccer

Your team will be made up of eight players, at four different positions: two forwards, three midfielders, two defenders, and a goalkeeper. Find out more here.

League rules mandate that an interim coach cannot stay longer than a fortnight in the post, meaning Madrid's hierarchy must either confirm Solari as their permanent coach on Monday or look elsewhere for a new full-time boss. But the Argentine said on Movistar TV from Balaidos that he was just happy to have done what he could to help the team and the club in this moment.

Pushed on his plans for the looming international break, Solari suggested he did not know yet if he would be returning to his previous role as coach of Madrid's Castilla youth side.

"We will see," he said. "I usually don't plan too far ahead. In principle, I'm off tomorrow."

The three points keep Madrid sixth in the La Liga table, but they are now just four points behind leaders Barcelona, who were shocked 4-3 by Real Betis at the Camp Nou earlier on Sunday.

"The players are the ones who go out onto the pitch," Solari said at the post-game news conference. "They showed a lot of personality to come through all the circumstances of the game. We know that, but they showed it today from the first minute to the last. They showed the personality needed from everyone who pulls on this jersey."

Bad news for Madrid were injuries which saw midfielder Casemiro, left-back Sergio Reguilon and versatile defender Nacho Fernandez all limp out of the action, while Gareth Bale limped through the second half after his ankle was hurt in a foul by Celta goalscorer Mallo.

"Celta played very tough," Solari said. "Casemiro had to come off. Gareth made a huge effort to last the whole game, with his ankle very swollen, after Celta played very aggressively, on the line of the rules."

Madrid director of institutional relations Emilio Butragueno also gave little away when he spoke on Movistar TV from Vigo.

"[Solari] arrived in a very particular moment and has achieved very good results," Butragueno said. "Above all today, in a very difficult game. We are very happy with how things have gone."