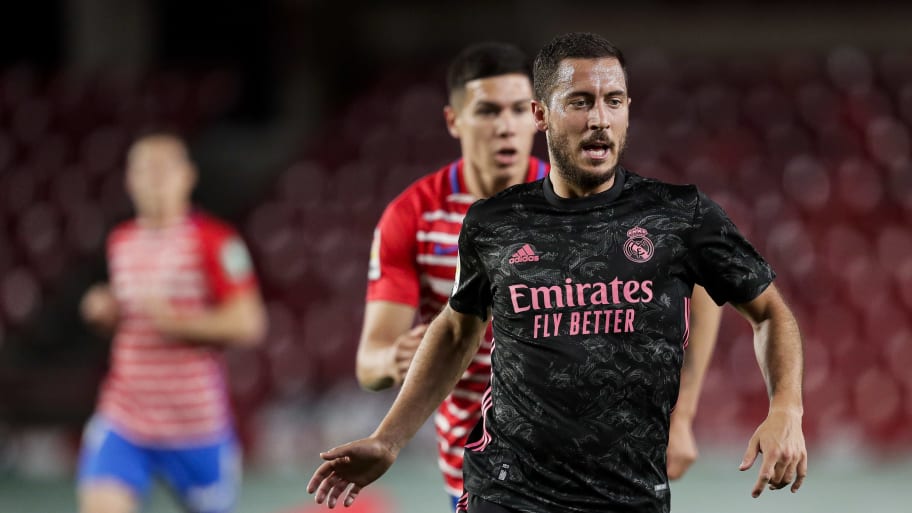 Real Madrid president Florentino Perez has decided against making any signings this summer, opening the door to dramatic revivals for the likes of Eden Hazard and Gareth Bale at the Bernabeu.

As one of the richest clubs in world football and pioneers of the mega-money transfer, Real had been expected to power through the pandemic's financial constraints and splash out on a marquee signing or two in the months ahead.

Erling Haaland, Paul Pogba Kylian Mbappe and all the usual names had been linked, while reports in Spain recently suggested the latter is expecting a fresh approach from Madrid before the window closes.

Various new reports, stemming from Radio Marca, however, say that Perez has told the rest of the board not to expect any new arrivals before the window closes on 1 September.

If Perez is to be believed, then, this will be the second summer in a row in which Los Blancos haven't spent money on a player - something which is pretty unheard of since the signing of Luis Figo kicked off the first Galactico era back in 2000.

It means there may actually be some truth behind Perez's persistent bleating about the financial struggles the club is facing behind the scenes. But few will shed a tear for them, considering the depth of options Carlo Ancelotti currently has available.

This summer alone, Real have Gareth Bale, Martin Odegaard, Takefusa Kubo and Dani Ceballos all returning from loan. Any of those four could be like a new signing for Ancelotti if used properly, with Odegaard in particular returning from a productive loan spell with Arsenal.

In the case of Bale, he's entering the final year of his contract at the Bernabeu, and the departure of Zinedine Zidane means one final chance once he returns from his post-season isn't completely off the table.

There are also options within the squad from last who could be motivated to take advantage of the lack of new faces. Eden Hazard, whose move to Real in 2019 is fast beginning to look like one of the worst transfers ever, is returning from a decent showing at Euro 2020 and he'll be determined to put his injury hell behind him and rediscover the form that made him a Chelsea legend.

There is also Isco, a favourite of Ancelotti's from his first spell in charge, and Eder Militato, who might have lost his spot in the starting XI were Real able to go and spend another £60m on a centre-back.

News that no signings are forthcoming may be a concern, but it could be a blessing in disguise for Real, who will instead be forced to sift through what they have. If it's not good news for them, then it will at least be good news for the talented stack of players they have hoarded over the years.

As things stand, they have 24 first-team players, before you even consider those on the brink of stepping up from the B-team and the academy. You'd think they would be fine.

This article was originally published on 90min as Real Madrid not expected to make signings this summer - what it means for Eden Hazard and others.