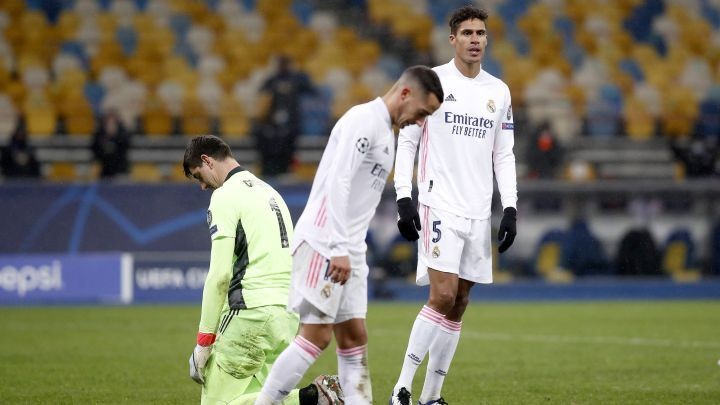 The club are struggling in both LaLiga and in the Champions League and a study reveals that current form could see Zidane's men ending the season in fifth place in the table.

Real Madrid are experiencing a dramatic loss in form which has translated to just one win in their past five games in all competitions with Zidane's side also just having secured one point from a possible 9 in LaLiga and that came after an unconvincing display away to Villarreal. The major concern at the club is the panorama in Europe with Wednesday's game at home to Borrusia Monchengladbach arguable the game that could dictate the club's season. Madrid go into the tie with the possibility of topping their group but could also end up fourth and out of Europe.

US based statistical analysts FiveThirtyEight study ascertains that the club have a 67% chance of progressing in Europa and a 65% chance of finishing in the top four in the LaLiga table but that could change with defeat away to Sevilla today.

Crucial trip to the Sanchez Pizjuan

Lopetegui's men lie just behind Real Madrid in the table with the Andalusian side having played one game less. Based simply on the current runs of form for each side, Atlético Madrid are set to win the title with 97 points with Real Sociedad claiming second spot with 83 points. Villarreal bag third place with 69 points and Sevilla claim the final UCL place with 68 points. Madrid claim fifth place and FC Barcelona end in sixth.

The FiveThirtyEight study looks at more variants and sees Real Madrid finishing third with 71 points come season end and offer a 21% likelihood of this materialising with the company giving Zidane's men a 10% chance of retaining the league title, a 16% chance of ending second, and an 18%/35% of ending fourth or fifth respectively.

Not all is doom and gloom for 'Madridistas' however, Real Madrid are accustomed to picking up speed (and points) as the season progresses with the club traditionally amassing a higher number of points in the final ten games of the campaign than in the opening phase amassing. This has been the case in 8 of the past 11 campaigns with the 2010/11, 15-/16 and 17-18 seasons bucking this trend.