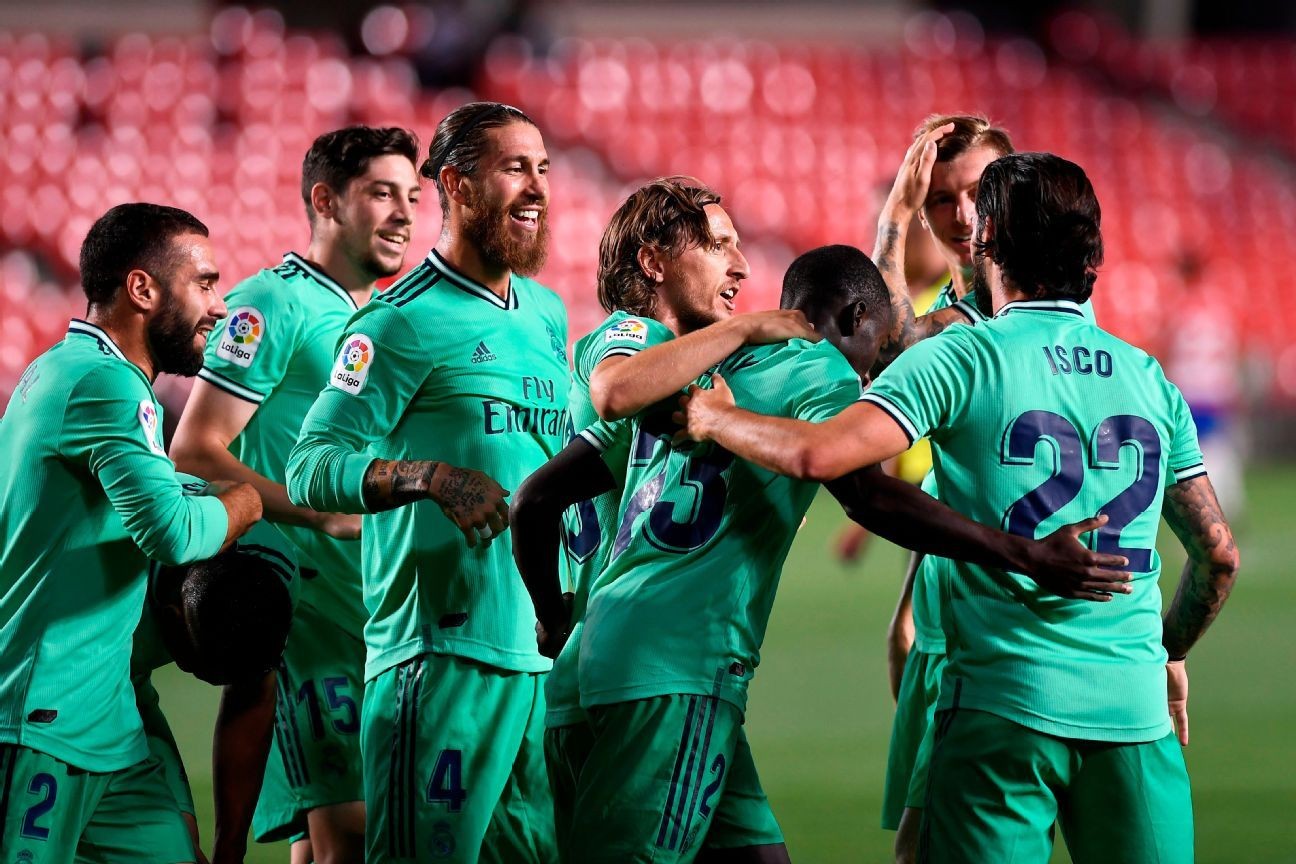 Real Madrid are one win away from winning their 34th La Liga title after beating a resolute Granada side 2-1 on the road on Monday night.

The win restored Real's four-point lead over Barcelona in the table with just two games left to play, meaning a home win on Thursday can put the title out of reach for the two-time defending champions.

The visitors wasted no time pulling ahead, with Ferland Mendy finishing off a nice individual move in the 10th minute by smashing his shot from a tight angle into the roof of the Granada net for his Los Blancos goal.

Minutes later, Real doubled their lead on a counter-attack through Karim Benzema, who cut to his right in the hosts' penalty area and curled a perfect strike past Rui Silva.

Granada pulled one back to start the second half after Darwin Machís snuck in behind the Real Madrid defence and split the legs of goalkeeper Thibaut Courtois to cut their deficit to a goal.

Real Madrid were made to work hard to see out the result and had Sergio Ramos to thank for sweeping a Ramon Azeez shot off the line in the 84th minute as Zinedine Zidane's side picked up a nervy three points.

The result puts Madrid on 83 points after 36 games and gives them a chance to seal a first La Liga title since 2017 on Thursday against Villarreal.