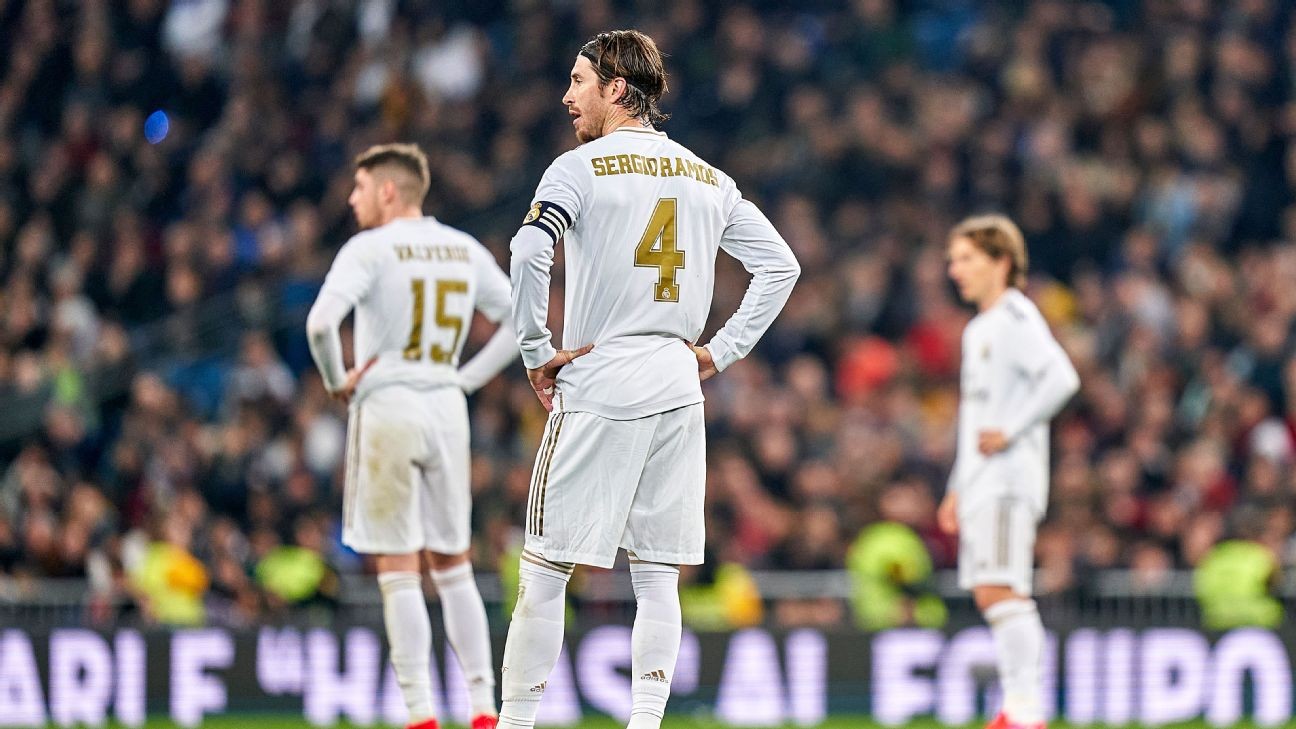 Madrid conceded four goals at the Bernabeu -- with a brace from Alexander Isak and on-loan Martin Odegaard scoring against his parent club -- for the first time since their Champions League elimination at the hands of Ajax last year.

Madrid have maintained a formidable defensive record this season, having conceded just 13 goals in 22 La Liga games, the fewest in the division and the best numbers in the club's history at this stage of the campaign.

Players involved in the Copa exit on Thursday night told ESPN the entire team had defended badly, not just the defenders, who got insufficient help from midfield. Several noted the absence of holding midfielder Casemiro, who they feel is essential to the team at present.

There is also an acceptance that while the team has defended well in recent months, they have not been dangerous enough going forward, and there is an expectation that the imminent return of Eden Hazard will change that.

Hazard was left out of Thursday night's squad -- along with Gareth Bale, Casemiro, Dani Carvajal and Lucas Vazquez -- as he finalises his recovery from a microfracture in his ankle.

Sources close to manager Zinedine Zidane have said he was bitterly disappointed by the manner of the defeat in the one competition he is yet to win as Real Madrid coach.

"I'm sad," he said in his postmatch news conference on Thursday night. "When you lose, something has happened.

"Four goals, it hurts. We have to speak the truth. No one likes a defeat."

Zidane's Madrid were knocked out of the Copa del Rey by Leganes in 2018 -- in what the coach has cited as his worst night in the job -- and by Celta Vigo in 2017.

Coaching staff felt that Sergio Ramos was left isolated by the rest of the defence against a dangerous Real Sociedad attack, and the midfield failed to protect the back four.

At board level, there had been hope of a domestic double this season given Real Madrid's recent form.

Sources there told ESPN that their message to the squad was one of confidence and unity as they pursue a first La Liga title since 2017 and with a crucial Champions League tie with Manchester City later this month.

Questions were raised over the number of changes Zidane made to his team for a one-off cup game, with a place in the semifinals at stake.

"When I pick a team, I think it's a team that can do well," Zidane said. "It's easy to have an opinion afterwards.

"It's true that the opponent did well, they scored first, and we made mistakes. But it's nothing to do with the lineup or the team."

Real Madrid travel to Osasuna in La Liga on Sunday top of the table and three points clear of rivals Barcelona.