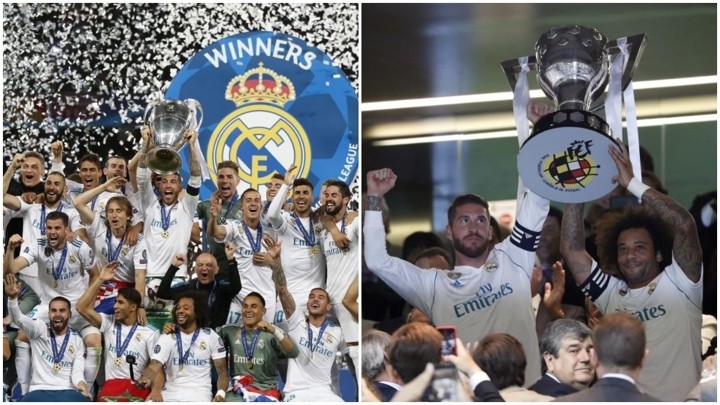 Real Madrid players agreed to a 10 percent pay cut at the start of April in order to safeguard the club's financial future.

As a result of the agreement reached between the players, Zinedine Zidane and director general Jose Angel Sanchez, the club weren't required to apply for the Spanish government's ERTE scheme.

The 10 percent cut applies to the players' annual salaries, which would've risen to 20 percent had the season not resumed.

However, now that Prime Minister Pedro Sanchez has confirmed that LaLiga Santander can return from June 8 and with teams already training in groups, it seems like a return to action is inevitable.

The matter of players' bonuses wasn't discussed in those negotiations for pay cuts at the start of April and the first team squad believe they will be handed out as normal.

If Los Blancos win both LaLiga Santander and the Champions League this season, each player will be paid 1.5 million euros worth of bonuses.

These sorts of sums will cover the 10 percent wage reduction for the vast majority of players.

Therefore, there is plenty of motivation for Zidane's squad to achieve their objectives during the remainder of the season.

On top of the financial implications, the players will want to honour Alfredo Di Stefano when they play in the stadium named after the Real Madrid legend at Valdebebas.

The atmosphere around the club continues to be a positive one, with president Florentino Perez visiting the players in training on Thursday.