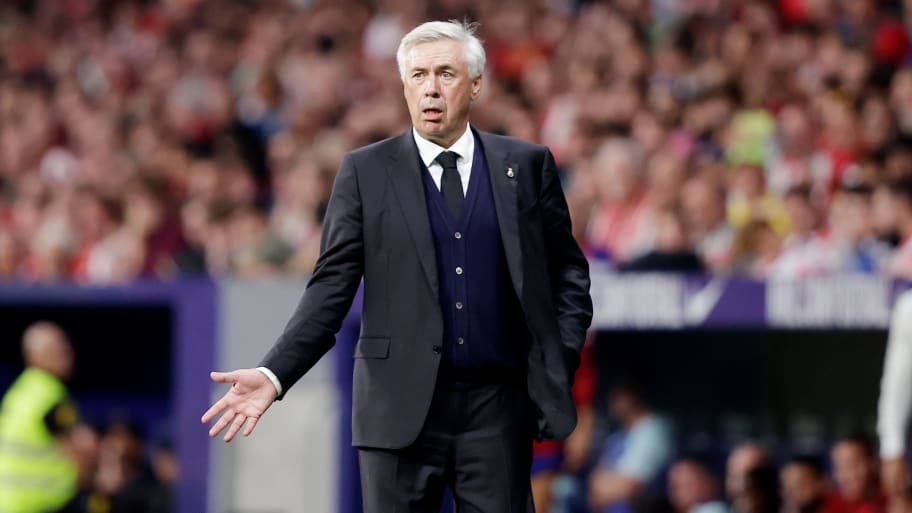 Real Madrid welcome Osasuna to the Santiago Bernabeu in the Spanish top flight on Sunday evening.

Los Blancos haven't lost at home to the Navarre side since 2004, in a match which exposed the fundamental flaws of Florentino Perez's laughably top-heavy Galacticos.

Ronaldo, Zinedine Zidane, Raul and Luis Figo floated ahead of a midfield pivot comprising of David Beckham and Guti - great passers, but hardly the most defensively sound pairing. At centre-back, Madrid relied upon the academy pairing of Raul Bravo and Alvaro Mejia - not quite the household names of their teammates.

GK: Thibaut Courtois - As a child, Courtois was once thrown in a dustbin by Kristof Hoho, his father's former volleyball partner. You'd need a skip to house the 6'6 goalkeeper these days.

RB: Dani Carvajal - The goal-shy full-back has bagged 20% of his La Liga goal tally (one of five) against Osasuna.

CB: David Alaba - "He's a left-back," Louis van Gaal insisted as Alaba's Bayern Munich manager, "even though he doesn't think so himself." Ancelotti also appears to disagree with the strident Dutch coach.

CM: Toni Kroos - The German metronome admits that he practised simply controlling the ball "tens of thousands of times" as a kid. Unsurprisingly, Kroos' ball retention is legendary, successfully receiving a staggering 99% of the passes aimed at him this season (per FBref).

CM: Aurelien Tchouameni - The incredibly dedicated 22-year-old had a one-on-one session with Monaco's psychological trainer before every match. This is an area of interest shared by Ancelotti who was a big supporter of Milan's famed 'Mind Lab'.

CM: Eduardo Camavinga - After a fire burned down Camavinga's family home, his father lumbered the ten-year-old with an incredible burden in the form of a prophecy: “What has just happened to us is tragic but it is you who will raise the family.”

RW: Federico Valverde - The average distance of Valverde’s shots this season are 20 yards from goal - outside the box. Yet he has converted these speculative efforts at a frankly unsustainable rate of 25%.

ST: Karim Benzema - While the return of last season's leading scorer will be warmly greeted, Madrid have averaged a goal every 30 minutes in Benzema's absence this term.

LW: Vinicius Junior - The enigmatic winger has drawn support from all corners of the globe after being racially targeted in recent weeks and has still been a reliably potent threat for Madrid.

This article was originally published on 90min as Real Madrid predicted lineup vs Osasuna - La Liga.