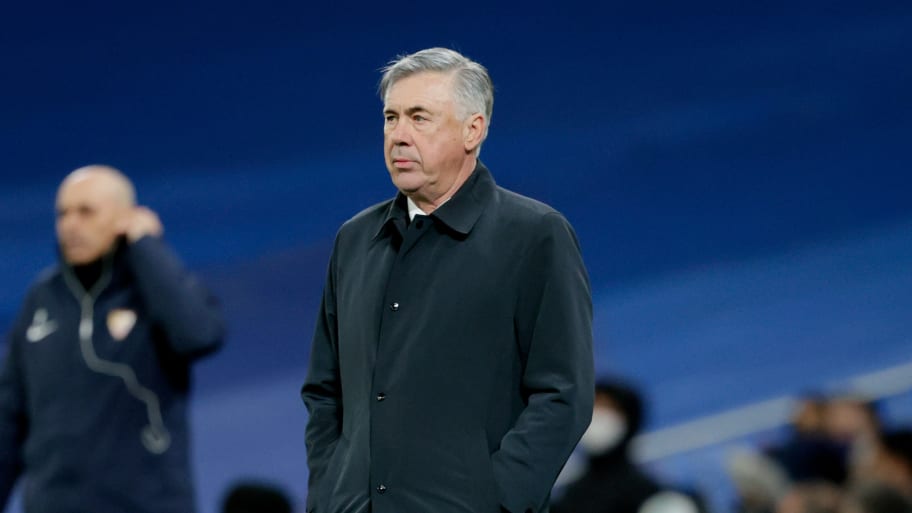 Real Madrid travel north to face Real Sociedad in La Liga as they aim to strengthen their grip at the top of the league table.

Carlo Ancelotti's side stretched their winning run to seven games with a 1-0 triumph over Athletic Club in midweek, moving Real Madrid seven points clear of city rivals Atletico Madrid at the summit.

Real Sociedad will provide a stern test after a strong start to the campaign - albeit recent outings haven't gone their way - with the side lurking only seven points back from Real Madrid in third place themselves.

Here's how Ancelotti could line his side up.

Thibaut Courtois (GK) - The best goalkeeper in La Liga, constantly coming to the aid of his side at big moments.

Dani Carvajal (RB) - His influence within games has dipped in recent matches and he will be keen to get back to his best at the Anoeta.

Eder Militao (CB) - A commanding presence at the heart of the Real Madrid backline.

Ferland Mendy (LB) - The Frenchman is going from strength to strength this season at full back.

Casemiro (CM) - Plays with immense enthusiasm on the pitch, often to his and Real Madrid's benefit.

Toni Kroos (CM) - His ability to switch the direction of the attack with one pass is key for Real Madrid.

Luka Modric (CM) - Usually tasked with linking the midfield to the attack, and few opposition midfielders are able to get close to him.

Marco Asensio (RW) - His performances could be more rounded, but he boasts the ability to score from anywhere.

Karim Benzema (ST) - Enjoying a extraordinary season on both the creative and goalscoring front in La Liga.

Vinicius Junior (LW) - The Brazilian is in scintillating form, capable of changing the complexion of matches in an instant.

You can read 90min's preview of Real Sociedad vs Real Madrid here.