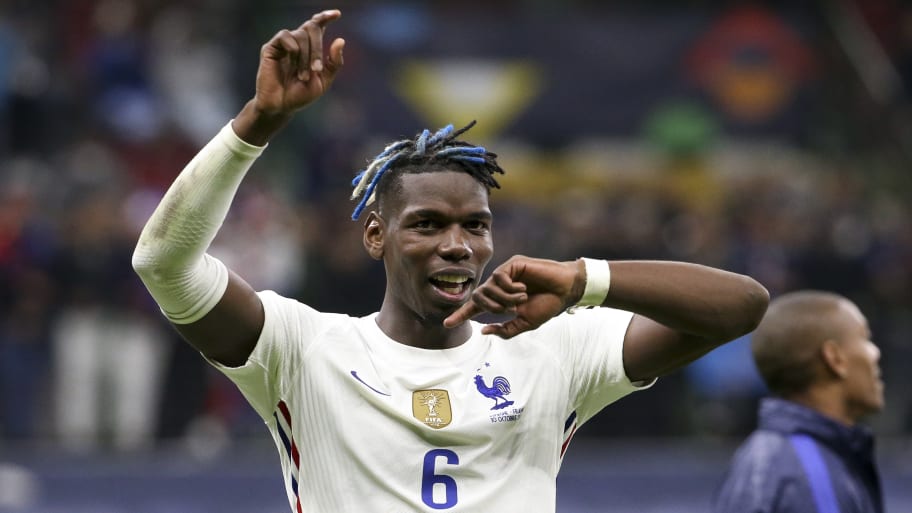 Real Madrid have reignited their transfer interest in Manchester United superstar Paul Pogba, as his contract continues to tick down towards its expiry in the summer of 2022.

The 28-year-old's future is a hot topic of discussion, and he poured more fuel onto the fire with an impressive set of displays in France's triumphant UEFA Nations League victories over Belgium and Spain.

And AS reports that Pogba's performances for his country have 'reactivated' Madrid's interest in the World Cup winner, and they could see his signing as a potential ploy to convince fellow Frenchman Kylian Mbappe to join him in the Spanish capital.

Like Mbappe, who is determined to leave Paris Saint-Germain, Pogba's contract expires at the end of the season, meaning Los Blancos can kick off talks with the superstar in January. Man Utd will be powerless in stopping these negotiations, making it essential for the Red Devils to tie him down to a new deal before the new year.

It would be the second time that Pogba walked away from Old Trafford for nothing, having left on a free transfer to join Juventus in 2012. He rejoined the Premier League giants in 2016 for £90m, but he's failed to bring the silverware that was expected to follow his arrival.

Pogba is hesitant to commit his long-term future to Man Utd, while 90min has revealed that members of the club's hierarchy share similar concerns about handing the midfielder a contract that would make him the highest-paid player in the English top flight, breaking the £400,000-a-week barrier.

These major doubts on both sides of the deal are causing negotiations to stall, and that is where Madrid come in. Los Merengues are major admirers of Pogba, having attempted to sign him from Juve in 2016, and then again during Zinedine Zidane's reign in 2019.

90min learnt that Madrid were still keen to sign Pogba in 2020 and made him their priority, even when the previous deal never materialised due to a fractious relationship between the club and agent Mino Raiola.

But that rapport has been forced to blossom, as the Italian boasts Erling Haaland in his stable - a central Madrid target.

Los Blancos are hoping that third time is the charm to sign Pogba, and believe he has matured over the years. For the deal to work, the Frenchman must be set on a move to the Spanish capital without opening up a bidding war between other clubs, forcing them to pay extortionate wages.

His arrival could pave the way for national teammate Mbappe to join on a free transfer too, and could be a key factor in convincing the Frenchman to leave Paris behind.

Man Utd have not given up on persuading Pogba that Old Trafford is his home for the long-term, and although he is not hiding his desire to stay in Manchester, the club must pay him a suitable contract to match his impact on the team.

This article was originally published on 90min as Real Madrid 'reactivate' interest in Paul Pogba .