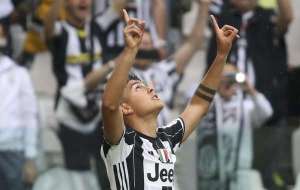 Real Madrid are reportedly prepared to offer Juventus a substantial amount in return for the services of in-demand forward Paulo Dybala.

Los Blancos are in the hunt for a new striker and believe that the former Palermo player, who has been a revelation in Turin this season, is a perfect fit.

As reported by Spanish outlet El Chiringuito, Madrid are willing to fork out a fee in the region of €80-100 million in an effort to prise the 22-year-old away from Italy.

However, Los Merengues will have their work cut out for them in securing a deal for Dybala, with other European giants such as Barcelona and Paris Saint-Germain also keen on him.

Although not quite at the level of Lionel Messi and Cristiano Ronaldo yet, ‘La Joya’ has been tipped by many to be a future Ballon d’Or contender in the next few years.