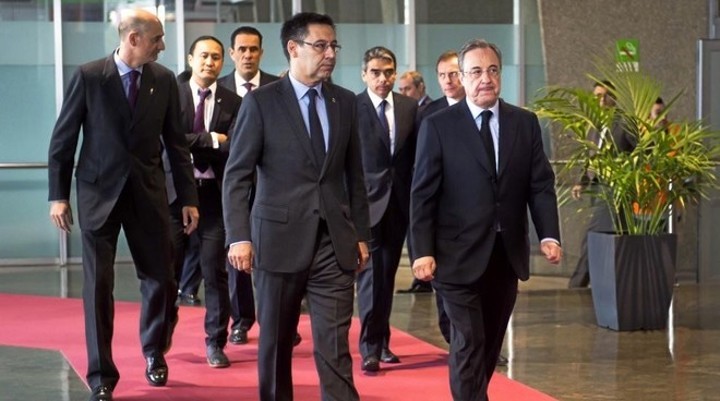 The crisis caused by the coronavirus outbreak has affected clubs both big and small, yet Real Madrid have dealt with it in a very different way to Barcelona, for instance.

The Catalan club are just one of many who have looked to reduce wages in order to lessen some of the financial hit they will take, but this is not a measure Los Blancos are willing to contemplate.

Real Madrid, as MARCA said on Monday, are facing up to the situation far better than many other clubs across the world due to the way in which they are managed, the health of their treasury and the funds they have accumulated.

However, their good economic health does not ignore the fact that not bringing in revenue from TV rights, museum tours or merchandise sold in shops for at least two months will be a great financial loss.

Several presidents of Spanish clubs have spoken to MARCA and revealed that it is some of the players themselves who have pushed for the measures seen at clubs such as Barcelona, with the first-team squad taking a 70 per cent pay cut until football starts up again.

FIFA have recommended that clubs do this, but they have no legal power to force such a decision.

Real Madrid are analysing everything that is happening, with the income from the ticket offices having disappeared, the income of sponsors beginning to be felt, and then there is the issue of TV rights.

Regarding the TV rights, LaLiga have already transferred the money, but 29 per cent of the matches still have to be played and therefore can be collected. Having said that, if there is no transmission of the matches, there is no money.

On top of this, it is still unclear what will happen to the Champions League and this will have a significant impact on the market pool available for the following season.

The directors at Real Madrid have not yet spoken to the players - the squad are aware of the situation - but they are studying possible situations in order to minimise the possible impact.

As such, the club would not go beyond a 10 per cent drop in salaries, but only after analysing everything that is happening in detail and making decisions together.

In addition to the players Real Madrid have in their football and basketball teams, they have a total of 400 employees on their payroll.