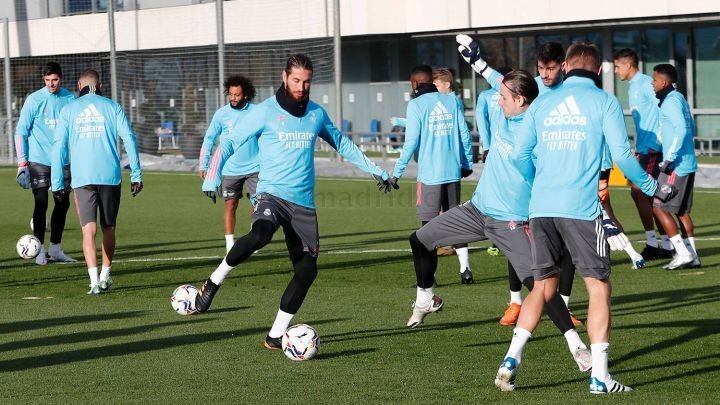 The captain has been training with the rest of the group, but manager Zinedine Zidane appears to be holding him back for the Champions League.

Sergio Ramos is back… but he is not making the trip south to face Sevilla. The Real Madrid captain has returned to training with the rest of his teammates for the first time since he was injured with the Spain national team, and his side appear to have missed him in the heart of the defence.

Despite the importance of this game, the gap to those above in the league is growing, Zinedine Zidane also knows how crucial it is that he qualifies for the knockout phase of the Champions League, and that still hangs in the balance with one group game to go, on Wednesday in Germany. No risks are therefore being taken.

Good news for Zidane is that Odriozola is back in the reckoning for a place in the side, with Carvajal still out injured.

Notable by their absence from the squad list were Jovic and Mariano. The Serbian striker is only recently back following his isolation period after contracting the coronavirus, but is not considered sharp enough for this game. There has been no medical report issued on Mariano.