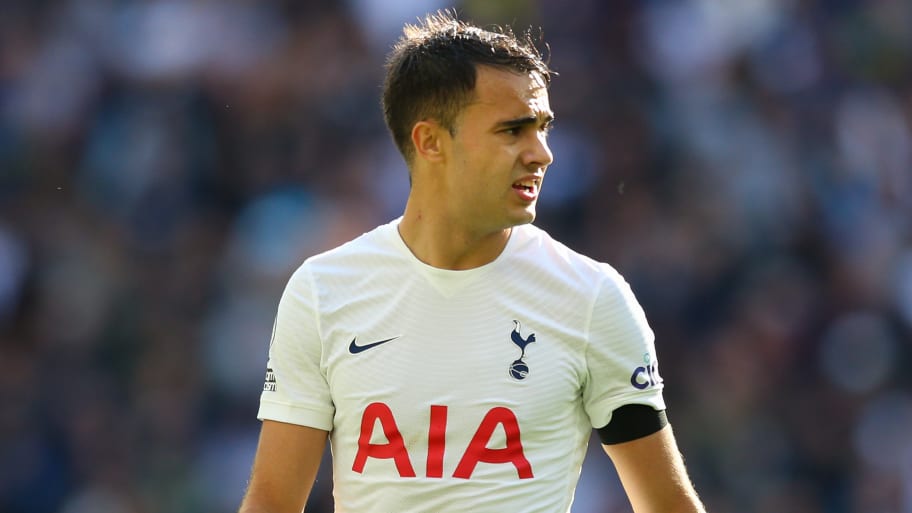 Real Madrid are considering activating the buy-back clause inserted into the contract of Sergio Reguilon when he joined Tottenham in the summer of 2020.

The 24-year-old has started the campaign in good touch, and his form has earned him a recall to the Spain squad for the past two international breaks.

Reguilon was also a hero this past Sunday after telling referee Andre Marriner about a supporter who had collapsed during Spurs' game with Newcastle at St James' Park, encouraging him to stop the match so he could receive the best possible treatment.

The fan is now doing well and is recovering in hospital after suffering a cardiac arrest.

In terms of the Spaniard's future, there has been no previous suggestion that Real Madrid would entertain taking Reguilon back to the Bernabeu - although they did insist on including a buy-back clause in the £27m deal that took him to north London.

But El Nacional claim that making a return to Spain is very much on the cards for Reguilon, going as far as to say that he's 'already said yes' to the move and that it's simply 'a matter of time' before the switch happens.

Real Madrid would need to pay Tottenham £33m to take Reguilon back to the Spanish capital, which would turn a small profit for Nuno Espirito Santo's side.

Spurs likely have no interest in parting ways with Reguilon - he's played every minute of their Premier League campaign so far - but chairman Daniel Levy is for once in a position where he has no power to bargain or negotiate; the clause in Reguilon's contract means he is available at that price and there's nothing he can do to stop the move should Real Madrid decide to make it happen.

Now under the management of Carlo Ancelotti, things are a lot different in Madrid now compared to when Reguilon was at the club. Indeed, he spent his final season at the club on loan at Sevilla after Zinedine Zidane opted to splash the cash on Ferland Mendy, and it was there that he caught the eye of Tottenham - winning the Europa League with the Andalusians.

Zidane's departure, coupled with Mendy's persistent injury problems, could pave the way for a Reguilon return, particularly as Ancelotti is looking to rebuild Real Madrid after losing a number of key defenders over the summer.