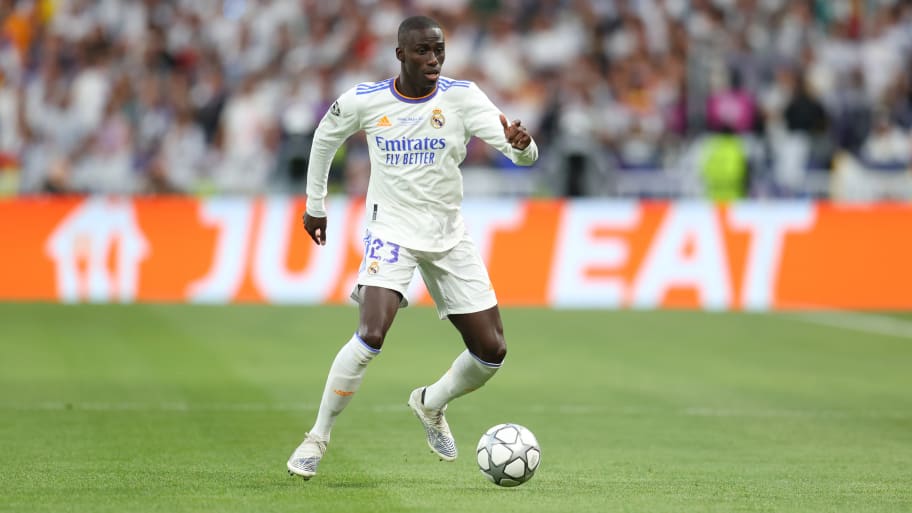 Real Madrid are open to selling left-back Ferland Mendy this summer, according to a report.

Although he had a number of injury issues, the 27-year-old was a regular feature of Carlo Ancelotti's side last season, winning a La Liga and Champions League double.

Mendy was fairly useful in the attacking third too, contributing five assists in just 35 appearances in all competitions.

However, according to AS, the France international could be on the chopping block this summer, potentially falling victim of a backline re-jig by Ancelotti.

The report claims that new signing Antonio Rudiger will play alongside Eder Militao at centre-back with the versatile David Alaba shifted out to the left - displacing Mendy from the side. A move to a three-at-the-back system is viewed as unlikely.

A number of big-name players have already left Real Madrid this summer including Gareth Bale, Marcelo and Isco, and there are other peripheral figures who can leave in the form of Dani Ceballos, Marco Asensio and Luka Jovic.

As well as those names, AS claim there is another group of more established members of the squad who could be sold if an appropriate offer arrives, and Mendy finds himself in that category. Los Blancos paid Lyon €48m for his services as recently as 2019, so they are likely to demand a similar fee.

If Mendy does leave, Real could enter the market for a new left-back. They could also pay just €5m for Rayo Vallecano's Fran Garcia as they own 50% of his rights, or Miguel Gutierrez could be promoted from the academy.

This article was originally published on 90min as Real Madrid transfers: Ferland Mendy sale 'not impossible'.