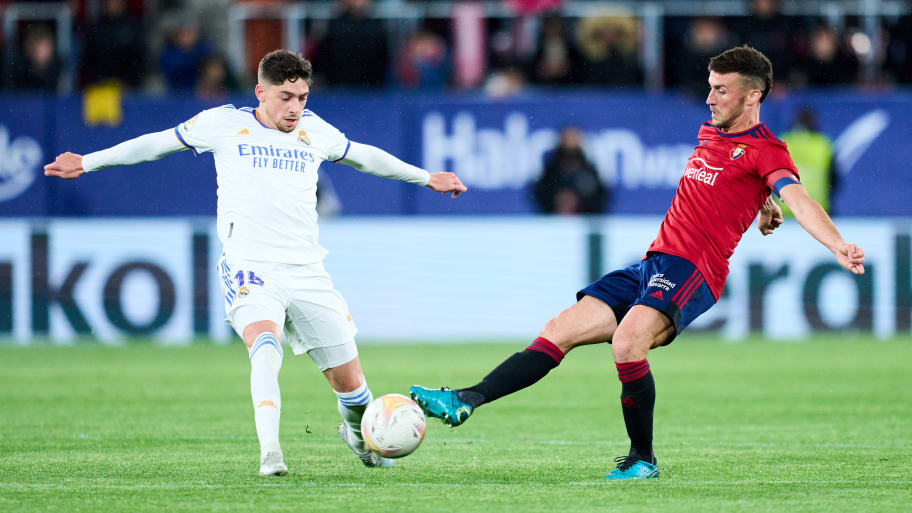 Real Madrid's start to the season has been, quite literally, perfect. Carlo Ancelotti's side have won each of the nine matches they have contested across all competitions this term. Osasuna haven't matched their faultless hosts but have recorded four wins from their first six games of the campaign for just the third time in their top-flight history.

Here's everything you need to know about the meeting between these in-form sides.

Where are Real Madrid vs Osasuna playing?

Where can you watch Real Madrid vs Osasuna in the UK?

Where can you watch Real Madrid vs Osasuna in The United States?

Where can you watch Real Madrid vs Osasuna in Canada?

Where can you watch Real Madrid vs Osasuna Highlights?

Karim Benzema missed Madrid's last three matches before the international break which he also sat out. The Ballon d'Or nominee is expected to have fully recovered from an injury to two muscle groups.

Luka Modric, however, sustained a hip problem while playing for Croatia which could rule him out for up to ten days. Eden Hazard limped off for Belgium but the dead leg he received isn't deemed to be serious.

Lucas Vazquez was scheduled to return from a groin problem which sidelined him for the Madrid derby following the conclusion of the international break.

Jagoba Arrasate will travel to the Santiago Bernabeu without his team's top scorer Chimy Avila after the fiery forward collected a straight red card in the defeat to Getafe a fortnight ago.

Pamplona-born Aimar Oroz has missed the club's last two matches with an ankle injury while the young Ecuadorian forward Kike Saverio is still in the midst of his recovery from an Achilles tendon rupture.

Madrid are playing with such unerring confidence few teams in Europe go into a meeting with Ancelotti's side as favourites. However, Los Blancos are up against a brutally organised outfit prepared to scrap for every loose ball. No side in Spain's top flight has recorded a lower open-play expected goals conceded figure than Osasuna thus far (per Opta).

Once again, the champions of Europe and Spain are likely to collect a victory but this spirited Osasuna side certainly won't afford their hosts a breezy stroll towards three points.

This article was originally published on 90min as Real Madrid vs Osasuna: How to watch on TV live stream, lineups & predictions.