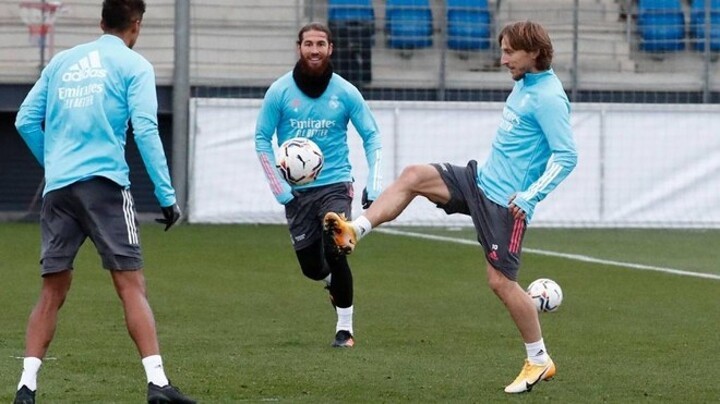 Zinedine Zidane has decided not to risk Sergio Ramos for Real Madrid's match away to Sevilla this weekend. Instead, he is keeping the captain available for the crucial Champions League fixture at home to Borussia Monchengladbach next Wednesday.

Despite having recovered from the thigh injury he suffered on November 17, Ramos will not rush himself back and will instead remain in Madrid.

Elsewhere in the squad, Mariano Diaz misses out due to injury while Luka Jovic has not been included, despite testing negative for COVID-19. There are three other players in the squad who are unavailable due to injury: Dani Carvajal, Fede Valverde and Eden Hazard

There is some good news, though, as Alvaro Odriozola has returned to the squad after recovering from his injury.

Real Madrid's squad to face Sevilla is as follows: