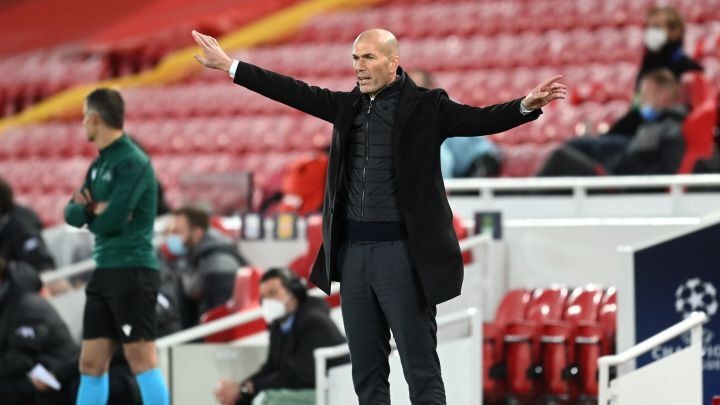 Zidane's post-match press conference at Anfield:Analysis of the goalless draw against Liverpool:

“We dug in and I think we deserve to go through. We showed real togetherness and I’m delighted for the boys. It was a really important game.”

“We’re happy to be through. Now we have to rest and recuperate; we haven’t won anything yet. We just want to enjoy this moment.”

“That’s what we opted to go with and I think he played well. It’s not a position where he plays a lot, but I think he did very well. The guys up front also put a really good shift in: Marco [Asensio], Karim [Benzema], Vini[cius Junior]…”

“He’s out goalkeeper and what he’s doing is phenomenal. I’m pleased for him because it’s very important to have a keeper who transmits confidence. We’ve always had that. Courtois is doing a great job.”

“I’m not going to say anything. We’re alive in both competitions, but we haven’t won anything yet. We’ve had tough moments during the season, of course. But we’re still alive. We just have to carry on in this vein.”

“We’ve finished this game in much better physical shape than against Barcelona. This week we’ve had to put a tremendous shift in and we come away from these three games felling very happy.”

What do you most admire about your players?

“The character they have. They a team who always want more. The more the going gets tough, the more they stick together. We’ve got bags of quality in this side, of course; but the character these players show is the most important thing.”

“We’ve got a number of LaLiga games to play before we face Chelsea, but it’s going to be a very tough tie.”