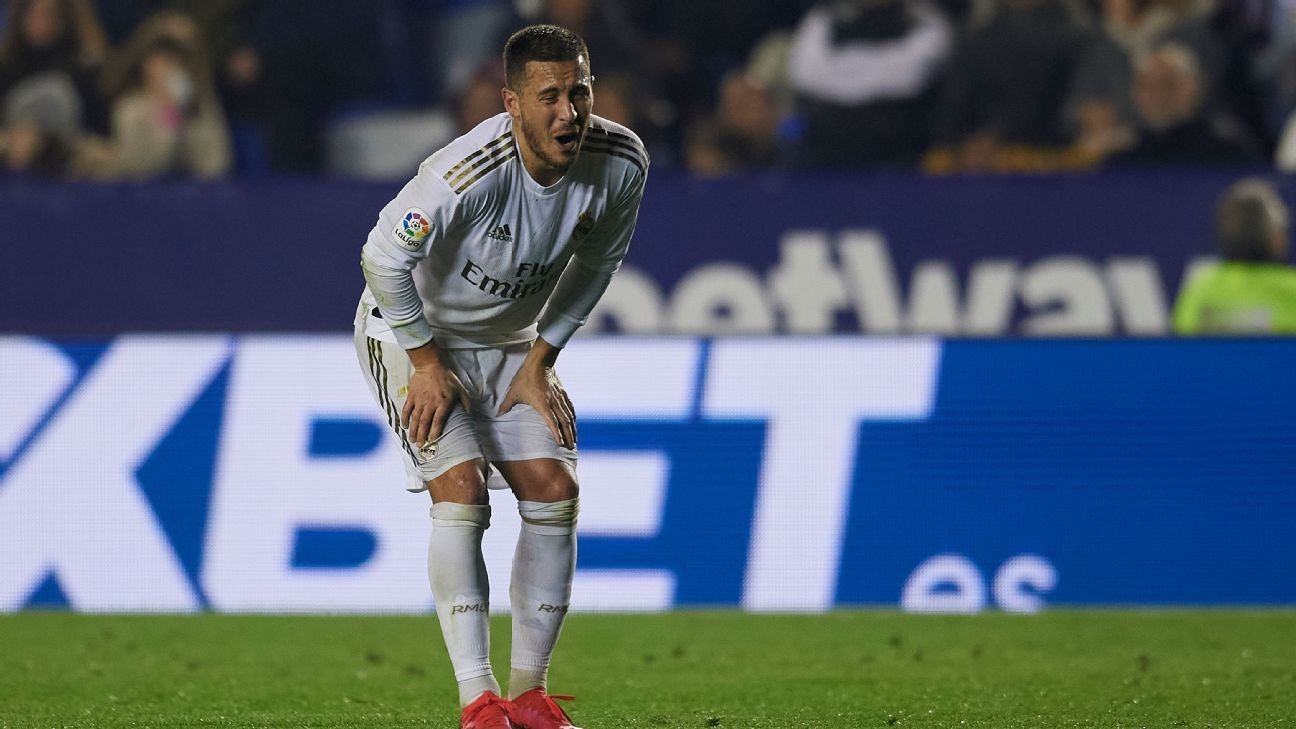 The FC guys question whether or not Adama Traore is ready for a move to La Liga giants Real Madrid.

Eden Hazard will miss Real Madrid's Champions League game with Manchester City and their El Clasico clash with Barcelona next weekend after suffering a fibula fracture.

The forward limped off injured after he suffered a fracture in his right fibula in the 67th minute of Madrid's 1-0 defeat to Levante in La Liga on Saturday -- a result that left them two points behind Barca ahead of their meeting on March 1.

"Following the tests carried out today on our player, Eden Hazard, he has been diagnosed with a fracture to his right distal fibula," a club statement said. "His recovery will continue to be assessed."

Club sources have told ESPN that the Belgium international -- signed for €100 million from Chelsea last summer -- is expected to be out for around two months.

Hazard, 29, had just returned from an almost three-month-long injury layoff after suffering a microfracture in his ankle in November.

He has made just nine starts in La Liga this season, scoring one goal.