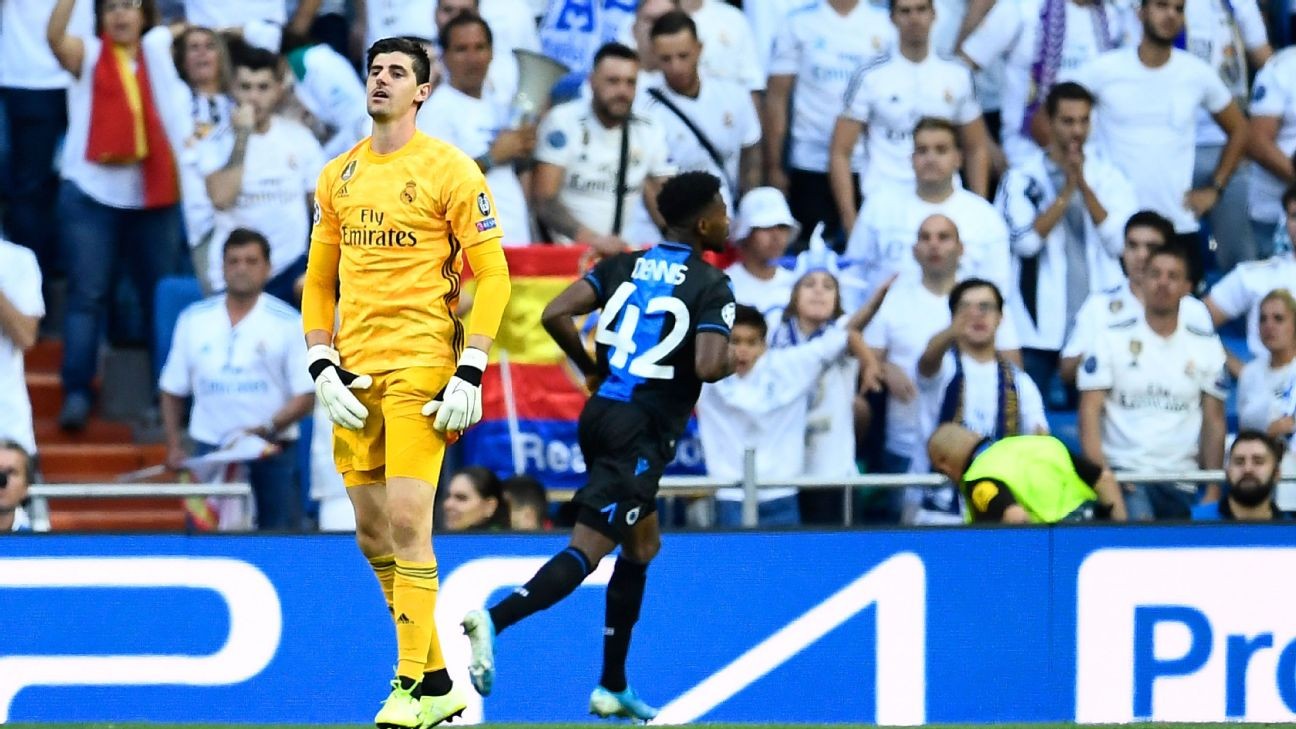 ESPN FC's Sid Lowe dives into Real Madrid's plans to sign Christian Eriksen and questions his fit at the club.

Courtois, 27, was replaced at half time in Madrid's 2-2 Champions League draw against Club Brugge, and reports suggested he was replaced due to anxiety.

Madrid issued a statement denying the claims and the ex-Chelsea goalkeeper has spoken about the situation for the first time.

"I know what it means to be an elite player," he said. "I'm very happy and I don't have anxiety problems.

"Responsibility from the media is required to not publish lies and nonsense about things like that because at the end of the day, there are people who really suffer from those problems.

"I think it's disrespectful to the player and to the people who are really suffering."

Courtois also missed Madrid's 4-2 victory over Granada in La Liga four days later, but said he was unavailable due to illness.

"I feel good now," Courtois added. "It was a strong bout of flu, and not pleasant at all.

"Now I have recovered and was able to train almost all of Monday and Tuesday with the team, and did the entire session on Wednesday.

"I feel strong again, and had lost a few kilos too."

Courtois was part of the Belgium team to become the first side through to Euro 2020 after a 9-0 win against San Marino on Thursday.