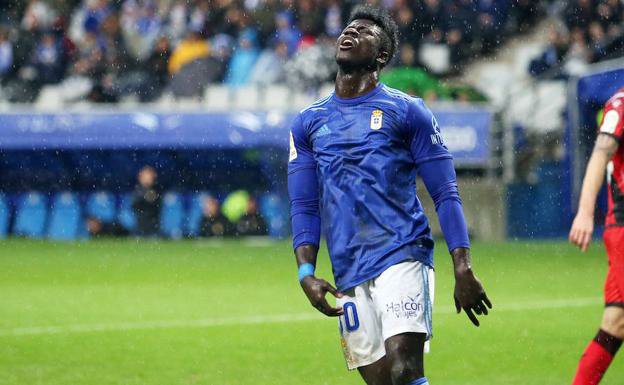 Real Oviedo striker Samuel Obeng Gyabaa has thanked manager Jose Angel Ziganda (Cuco) for the confidence he has imposed in him after scoring two goals in two games.

The Ghana U23 scored the only goal for Oviedo when they beat Racing Santander 1-0 at home over the weekend in the Segunda Division.

Obeng also netted one of the goals in the previous fixture against Real Zaragoza when they won 4-2 at away.

The 23-year-old acknowledged the number nine role the manager played him in the last two games which he is excited about.

Obeng has so far made 16 appearances and scored three times for Oviedo in the Spanish second-tier league this season and mostly as a winger.

"It was very important for the coach to bet on me in a game in which we played a lot. I am very happy to return to my usual forward position, although sometimes I play on the wings." Obeng said in an interview.

Obeng was part of the Ghana squad at the 2019 U23 Africa Cup of Nations in Egypt where he scored two goals in the tournament.