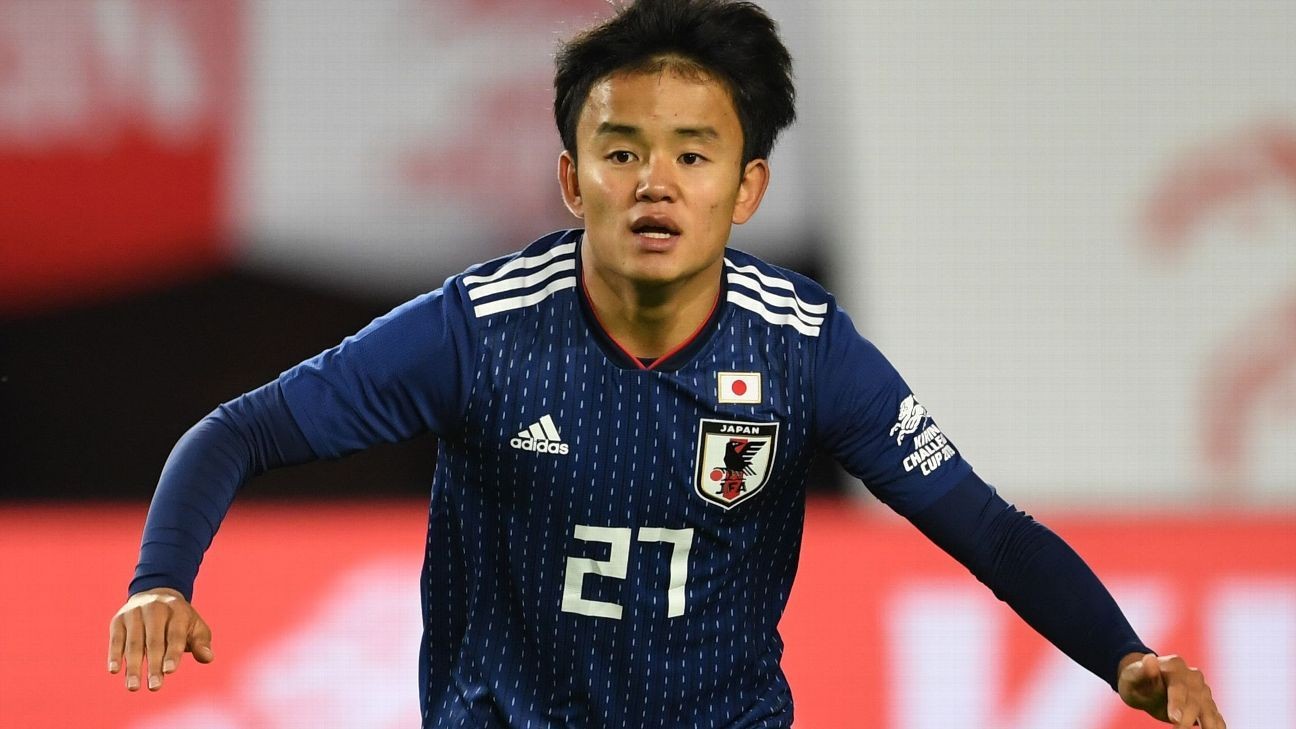 Real Madrid youngster Takefusa Kubo has joined Villarreal on a season-long loan, the club has announced.

The move -- reported by ESPN last week -- sees Villarreal pay a loan fee of around €2 million for the 19-year-old and does not include an option to buy.

"Villarreal CF and Real Madrid have reached an agreement for the loan of the Japanese midfielder Takefusa Kubo, who will play for the Yellows for the 2020-21 season," Villarreal said in a statement. "Kubo is a young midfielder who has excellent ball control, and stands out for his extraordinary ability to beat opponents, as well as his excellent reading of the game."

Kubo will form part of a new project under coach Unai Emery, who took over at Villarreal last month.

The Japan international winger excelled on loan at Real Mallorca last season despite their eventual relegation, playing 35 times in the league and scoring four goals.

That form saw Kubo attract interest from a large number of clubs in Spain -- including Sevilla and Real Sociedad -- and elsewhere.

Real Madrid signed Kubo from FC Tokyo in 2019 on a five-year contract.

The forward was initially set to play for their reserve team Castilla before the club decided he was ready for first division football.