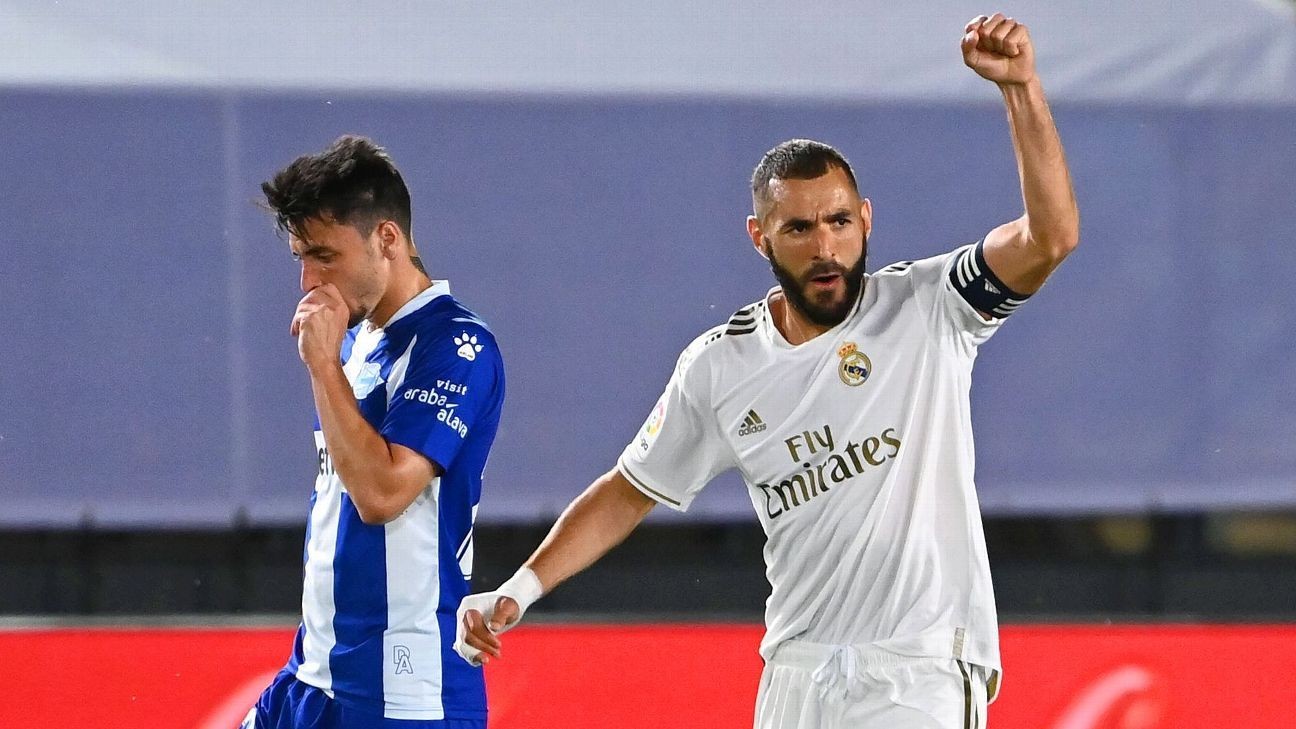 Real Madrid restored their four-point lead in La Liga over Barcelona with a 2-0 win against Alaves on Friday night.

Real were missing three of their first-choice defenders as captain Sergio Ramos and Dani Carvajal were suspended and Marcelo was injured, but they eased past visiting Alaves for an eighth win in a row.

Karim Benzema put the hosts in front from the penalty spot early in the first half after Alaves' Ximo Navarro fouled Ferland Mendy in the area.

Real doubled their lead soon after half-time when Benzema picked up a through ball and squared to Marcos Asensio for an easy tap in that was confirmed by VAR after a review for offside.

Madrid continued to dominate proceedings, but had nothing more to show for it as the match ended 2-0.

The result puts Real Madrid on 80 points -- four ahead of Barcelona -- with three games left to play in the season, meaning Zinedine Zidane's side cannot be caught by their La Liga rivals unless they drop points.

Alaves remain in 17th place -- three points ahead of Mallorca -- as they seek to avoid relegation.