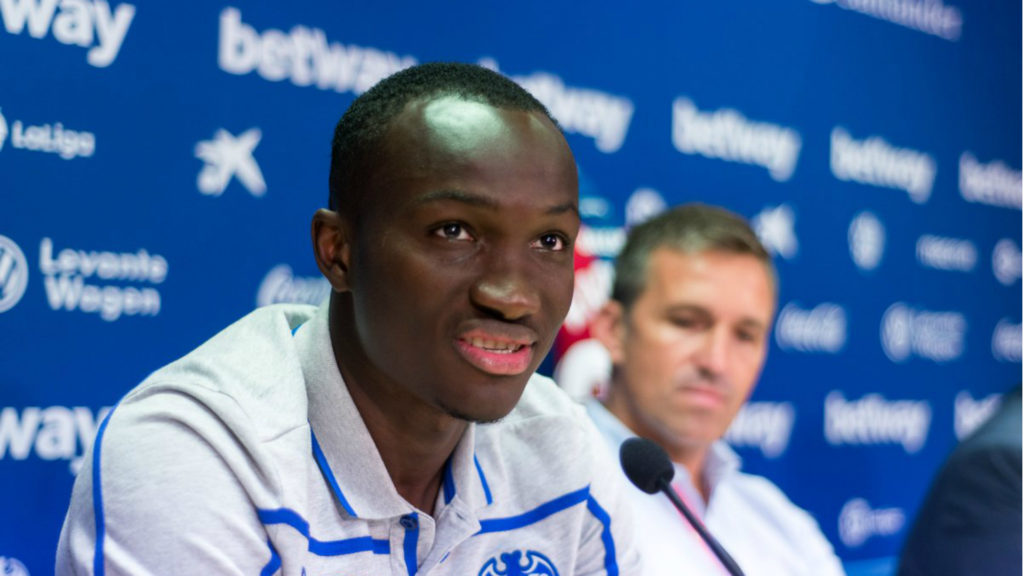 The player, who was on his routine test had to be advised to abandoned football indefinitely after defects were found around his heart.

Manager, Victor Fernandez, who will not have the player available for their trip to Numancia revealed he is schocked and the players are yet to get over the news.

"In a state of shock. A news of a terrible impact for the coexistence of the group,' he said in a prematch conference ahead of their game against Numancia.

"For the unexpected, for the dimension it can have ... It is a mood blow to the group. He is a boy very dear to the staff, always giving hugs , with a smile, with an attitude of helping the companions.

"Anyone who would have had a setback of this magnitude would have affected, but especially with him because he is a boy who lets himself be loved. He is very noble, has a very good heart and It has a spectacular nature. We are shocked ."

Dwamena, who is on loan from Levante has had a good start to the campaign netting twice in 9 segunda B games.