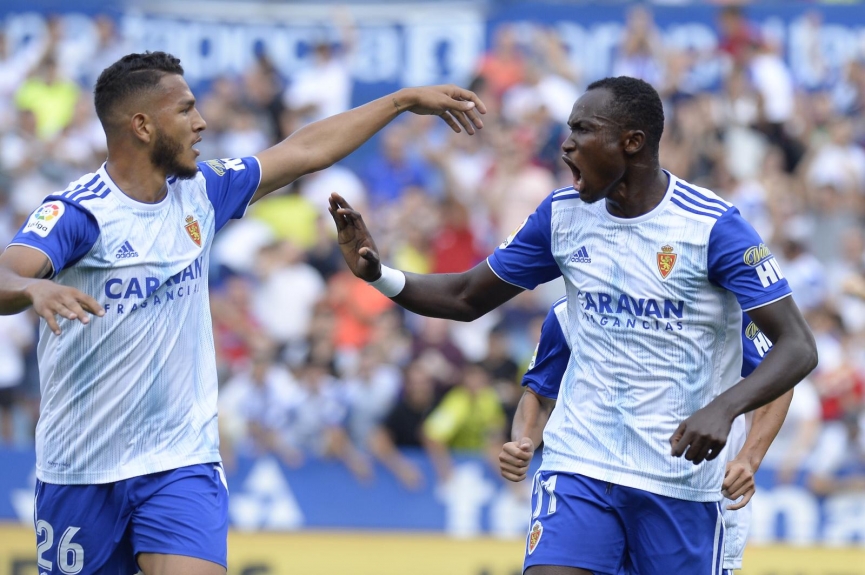 Dwamena, 24, has been ruled out action indefinitely following the unspecified heart problem discovered while he was undergoing regular health tests last week.

His teammates have been left saddened by the heartbreak setback and midfielder Íñigo Eguaras Álvarez, who  scored the match winner at Numancia has dedicated the victory to the Ghanaian international.

"This victory goes to them and, above all, to Raphael,"  he said

"We know that is a very bad situation is happening and that it was something that we did not expect.

"We did not know anything and when they gave us the news it was a stick.

"Hopefully he will recover and join us as soon as possible. "

Despite this promising estimates by the medical team of Zaragoza, Ghanasoccernet.com investigations have revealed that doctors were alerted to the potential problems because of the extreme fatigue he suffers at the end of matches.

Dwamena, who is on loan from Spanish top-flight side Levante, has played nine matches - all as a starter - so far this season,he has surprised the doctors to have played the entire duration of the matches.

He has already managed to score two goals this season and has won a place in the starting line-up as one of the key players.