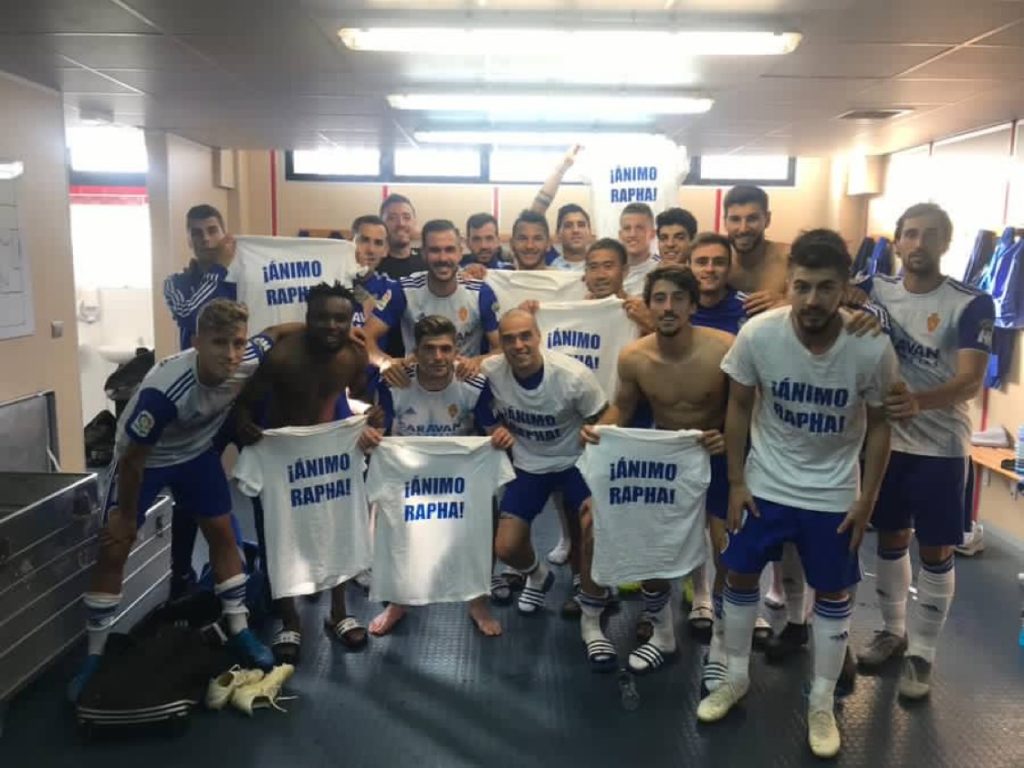 Real Zaragoza players sent message of support to Raphael Dwamena after the Ghana striker was diagnosed with heart problem last week during the build up to the Spanish Segunda Division clash against Numancia.

Dwamena has been ruled out of action indefinitely for the Spanish second-tier side following the unspecified heart problem which was discovered while he was undergoing regular health tests last Wednesday.

The 24-year-old could be sidelined for a long time due to the problem as the medical team of Real Zaragoza called for the Ghana attacker to stop playing or training indefinitely.

Despite the unfortunate news that hit the team last week, Real Zaragoza went on to inflict a 1-0 defeat on Numancia to climb to 3rd place on the standings.

And players of the club took the opportunity after the game to wish their teammate a speedy recovery.

Dwamena — who is on loan from Spanish top-flight side UD Levante — has played nine matches - all as a starter - so far this season, he has surprised the doctors to have played the entire duration of the matches.

He has already managed to score two goals this season and has won a place in the starting line-up as one of the key players.