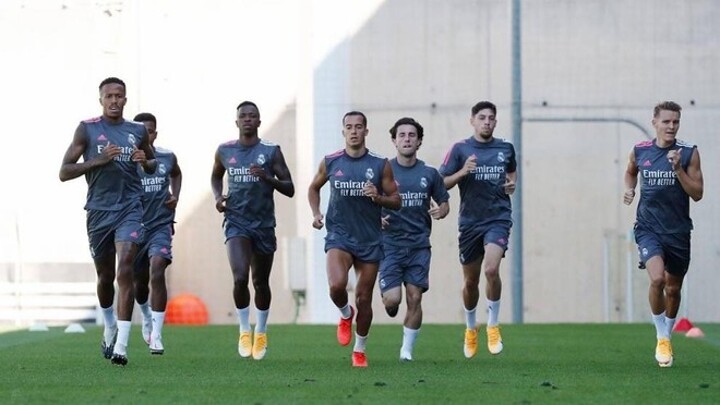 Real Madrid's only move in last summer's transfer window was to bring back loanee Martin Odegaard from Real Sociedad.

Likewise, Los Blancos are expected to follow their tight transfer plan this January and sign no player despite their recent below-par performances and poor results.

"It is what it is and it will be like this until the end of the season," stress people from within club. "And with this squad you can win titles."

Despite, Luka Jovic's departure and Alvaro Odriozola's possible move, Real Madrid are not expected to hit the market for replacements.

In the two remaining weeks of the transfer window, no signing is expected as Zinedine Zidane has not asked the club for reinforcements and Real Madrid can't afford to spend money on players after having just agreed on salary cuts with the current squad.

One of the players who has been offered is Lyon striker, and Barcelona transfer target, Memphis Depay, but Real Madrid are adamant that they will first have to evaluate the progress of their current squad.

The club are aware that there is lots of quality in the current group, who are expected to fulfil their potential on the pitch.

They believe that Zinedine Zidane's mission should be to help players with less playing time such as Vinicius Junior, Fede Valverde and Odegaard to rediscover their form.

There is even hope that the Frenchman can unlock Eden Hazard's potential and help him become the player who was so devastating at Chelsea.

Despite missing out on the Supecopa de Espana and struggling both in LaLiga Santander and the Champions League, Zidane and his players will be assessed at the end of the season.

In June, the club will decide which players have what it takes to remain at Los Blancos and Zidane will be also evaluated, as Real Madrid are expected to compete to win all three remaining competitions.