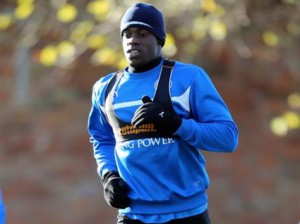 Ghana were handed a major boost for next month's 2017 Africa Cup of Nations qualifiers when Leicester City defender Jeff Schlupp trained with the English side on Friday for the first time in three months.

Schlupp, 22, has been out injured since November last year and his return to training is a major lift for his club and country.

The Ghana international underwent a knee surgery and has since been recuperating with fitness work in the gym.

But the versatile man returned to group training for the first time, to signal hopes of his imminent return to the pitch.

The news will serve as real boost for the Foxes as they chase a historic Premier League title this season.

The African was expected to return to training at the end of the month but it appears he has made quicker-than-expected return to the pitch.

It's however unclear if he will be named in the Leicester squad ahead of their trip to the Emirates to face Arsenal in a crunch game.

His return his also a boost for Ghana who play Mozambique in next month's two back-to-back qualifiers for the tournament in Gabon.

Schlupp is a key member of the Black Stars squad seeking to seal early qualification for Africa's flagship football competition.