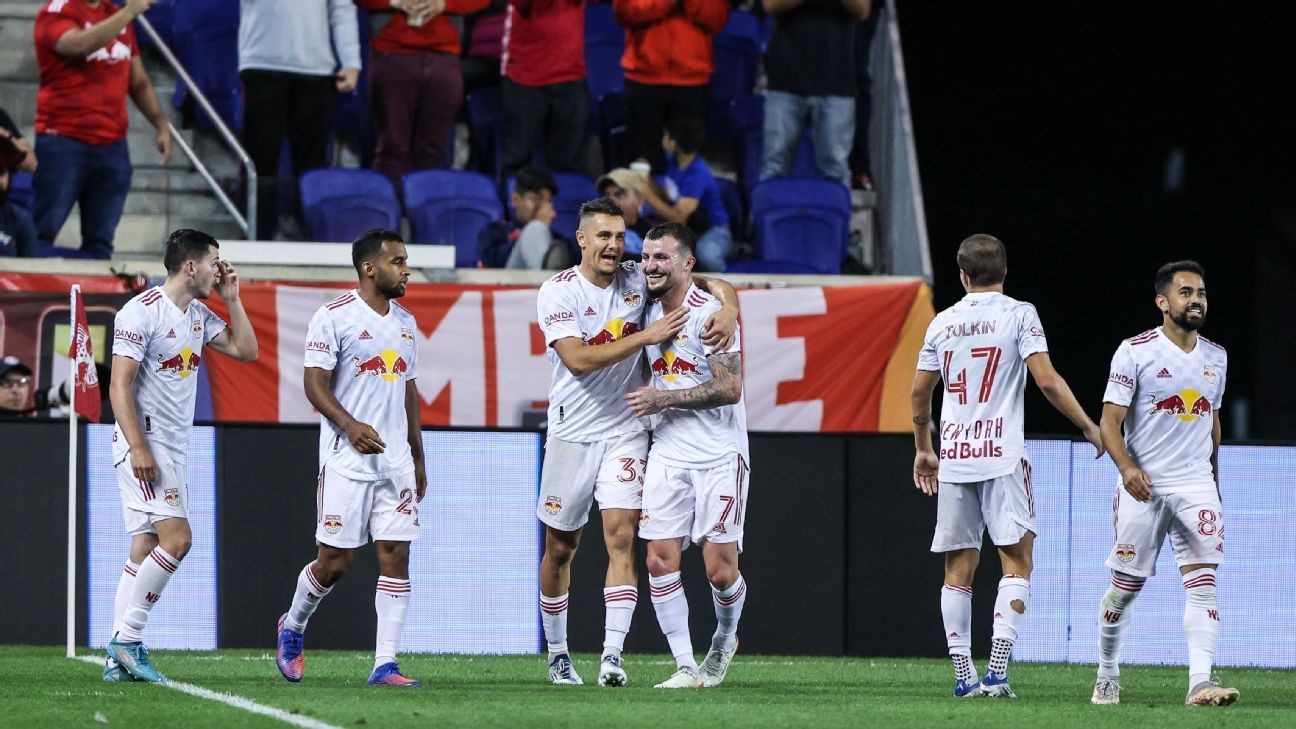 The New York Red Bulls came to life in the second half to beat New York City FC 3-0 on Wednesday night in Harrison, New Jersey, to reach the semifinals of the U.S. Open Cup.

The quarterfinal match -- a Hudson River derby between the top two teams in Major League Soccer's Eastern Conference -- ended 0-0 after the first-half despite end-to-end action with the hosts looking particularly dangerous in the opening 45 minutes.

Lewis Morgan fired the Red Bulls in front early in the second half, poking home from a tight angle past Luis Barraza in the NYCFC goal from Aaron Long's headed assist.

NYCFC was left to play the remainder of the match with 10 men when Thiago Andrade was shown a straight red for violent conduct and the Red Bulls took advantage of the extra player, doubling their lead soon after with a tidy close-range finish Luquinhas.

Omir Fernandez scored the Red Bulls' third in second-half stoppage time to add further gloss to the scoreline and send Gerhard Struber's side into the semifinals.

The Red Bulls will now await the results of Thursday's draw for the semis and finals to determine their next opponent, with the Sacramento Republic already qualified and the last quarterfinal match between Orlando City SC and Nashville SC scheduled for June 29.