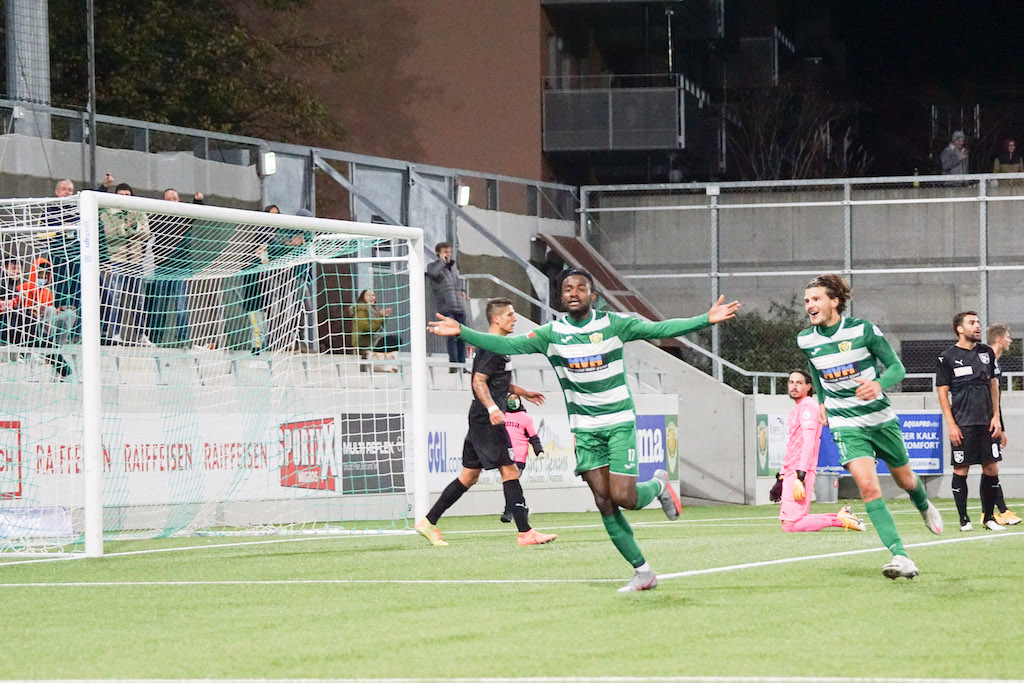 SC Kriens superb start to the campaign continues after inflicting a 5-2 defeat on Grasshoppers on Matchday 5.

The Green and Whites started the match in a fantastic fashion by going ahead through Bahadir Yesilcayir's 21st minute before Nuno Piña restored parity for the visitors on the stroke of half time.

Liridon Mulaj scored after just 4 minutes into the second half to restore SC Kriens advantage before Abubakar-Ankrah added the third after 56 minutes.

Portuguese defender Toti Gomes headed home for Grasshoppers to make the score 3-2 inside 59 minutes but Yesilcayir restored the hosts two goals lead on the 72nd minute.

Abubakar-Ankrah scored his second goal of the match on the 75th minute mark to make it 5-2 as his side secured a gargantuan victory at home to record their third win in 5 matches.

The talented forward has taken the league by storm with his 5 goals and 3 assists for the newly-promoted side.