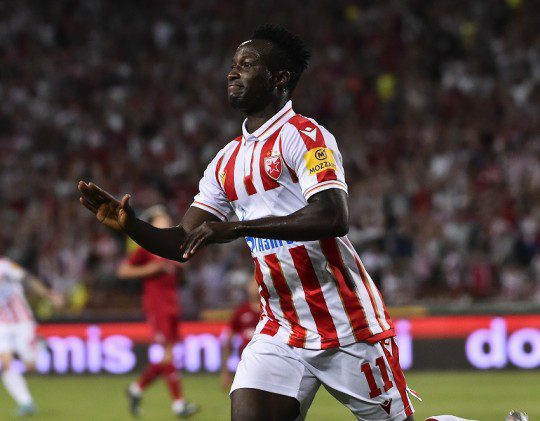 Black Stars forward Osman Bukari has lauded fans of Red Star Belgrade for their support following his hat-trick heroics in the UEFA Champions League against Armenian side Pyunik.

"Beautiful atmosphere, I feel great playing in front of Red Star fans. I thank them for the applause and for chanting my name. I love them! They love me too, so we enjoy it," he wrote on Twitter after the game.

Bukari is in sensational form, and has now scored five goals in five games for the Serbian giants.