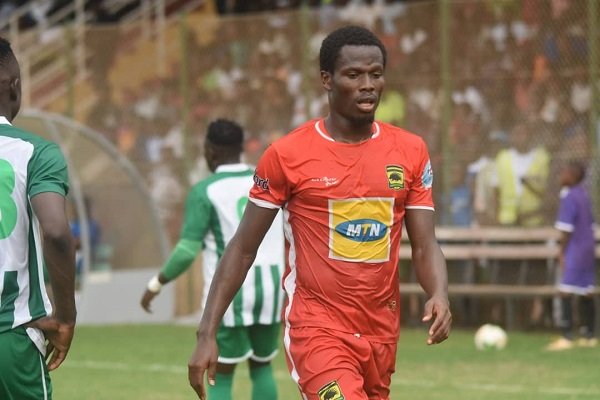 Asante Kotoko forward Abdul Fatawu Safiu says he had to leave Denmark to join the Porcupine Warriors after C.K Akonnor contacted him.

The 24-year old revealed he was convinced by the former Asante Kotoko coach to end a trial in Europe to join the Kumasi based club.

According to the in-form attacker, he did not hesitate following the call from the man he calls Daddy.

“I was in Denmark, they wanted to give me a contract in January," he told footballmadeinghana.com.

“So C K Akonnor called my agent Chibsah and asked him where is Fatawu, he told him I was in Denmark doing trials and the club will sign me I January.

“So C K called me directly and asked me to play for him.

“To be honest, I didn’t want to come because I was in Denmark, why should I come home again.

“But C K is like my Daddy that is why I came and I haven’t regretted,” he concluded.

Fatawu Safiu has been the main man for the Porcupine Warriors in the GFA Special Competition after netting 8 goals in 11 appearances for the Reds.