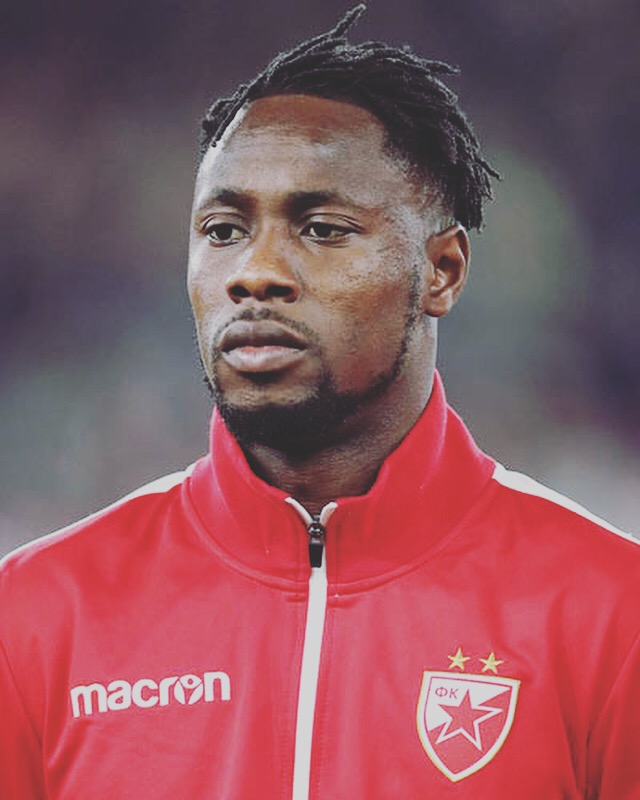 With just one point behind second-placed Spurs, Red Star Belgrade need victory to boost their chances of qualifying to the knockout stage.

Last season, the Serbian club managed a draw against Napoli and beat Liverpool 2-0 at the Stadion Rajko Mitic.

Boakye believes a similar performance will be repeated against Spurs-who thumped the Serbian side 5-0 in the reverse fixture-tonight.

"Last season no one gave us any chance against Liverpool. People are quick to make predictions based on experience and stature, but we still managed to beat them,'' he said.

''Tottenham are not as formidable and fearsome as Liverpool. They're beatable.

"Our results at home is testament to the strength and Character we have as a team. And our fans a major reason why we're so strong in our backyard.

"The energy disparity between away games and home matches is huge. At home our supporters cheer us on till the final whistle, so we never  give up."

Boakye came back from injury to score last Saturday in their league match against Proleter.

He scored against Greek  side Olympiacos in their last home match of this season's competition.