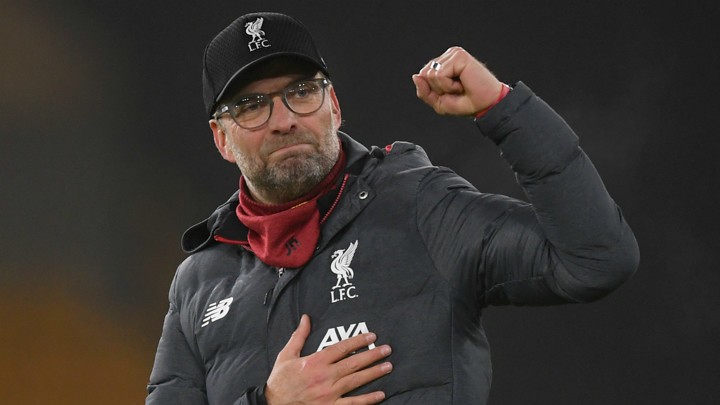 The Covid-19 crisis has devastated the world, with the virus showing few signs of slowing down. It has also inevitably disrupted the Premier League, with all matches suspended until April 30 - though further postponements are increasingly likely.

Questions remain about how the remainder of the league campaign will end following the suspension, but ever wonder what the finished table would look like based on current results if the suspension had never happened?

With the help of our friends at StatsPerform, we've generated a predicted, completed league standings table based on each team's present form after 38 matches played.

Manchester City's second-placed finish on 80 points would mean that the gap between first and second (21 points) would be the largest ever between the top two positions in the English top flight. This surpasses Man City's title win in 2018, when they finished 19 points ahead of crosstown rivals Manchester United.

Leicester finish in third place above Chelsea, with Man Utd ending their season in fifth place, which would grant them the final coveted Champions League slot if Man City's European ban is upheld)

Tottenham finish in sixth place, earning them a spot in the Europa League in the 2020-21 season (again, should Man City's European ban be upheld).

Norwich, Aston Villa and Bournemouth are relegated, with Watford narrowly avoiding the drop with superior goal difference. StatsPerform predict that Watford have just a 61.7 per cent chance of survival versus Bournemouth's 55.4%.