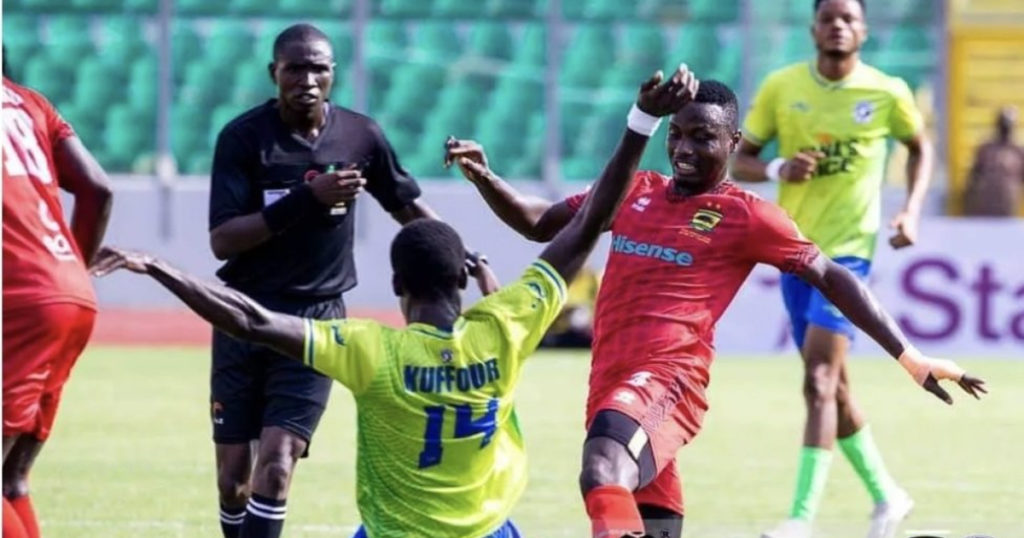 Referee Gabriel Opoku Arhin has been handed a six game suspension for not showing a red card to Asante Kotoko defender Ismail Abdul Ganiyu in the game against Bechem United on matchday two.

The defender lunged in dangerously on Bechem United forward Emmanuel Avornyoh but the referee only cautioned the Kotoko captain.

In a statement released by the match review panel, the tackle should have led to sending off of Ganiyu.

"Per the video watched, we saw the player No. 30 of Asante Kotoko engaged in a serious foul play against player number 7 of Bechem. Per Law 12 (Fouls and Misconduct), the player used excessive force which endangers the safety of an opponent and therefore should be expelled," wrote the FA review panel.

The judgement passed read: "The referee (Gabriel Opoku Arhin) erred in a major decision which was a carrier threatening tackle.

1. He is suspended for six (6) matchdays effective from the date of communication.

2. The fourth referee (Andrew Awurisa) is suspended for four (4) matchdays for his role played in the match effective from the date of communication."