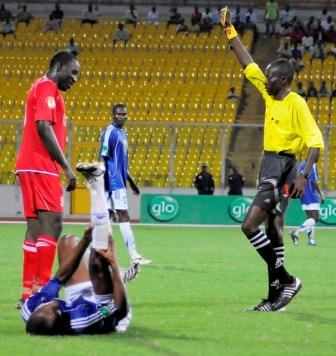 Fifa referee Thomas Nunoo has been appointed the center official to handle the MTN FA Cup final between Nania FC and Asante Kotoko on Sunday.

The 40-year-old would be assisted by David Laryea (Line 1), David Adjin (Line 2) and Cecil Fletcher who will be the fourth referee.

Michael A Dadzie rounds up the line up in his capacity as the match commissioner in the game to be played at the Accra Sports Stadium.

The quintet were produced by the Appointments Committee of the Ghana Football Association as the best this season upon the request of the FA Cup Committee.

The climax of the competition which returned after a 10-year absence would be witnessed this weekend with H.E the First Lady of the Republic Dr. Naadu Mills in attendance as the Special Guest of Honour.