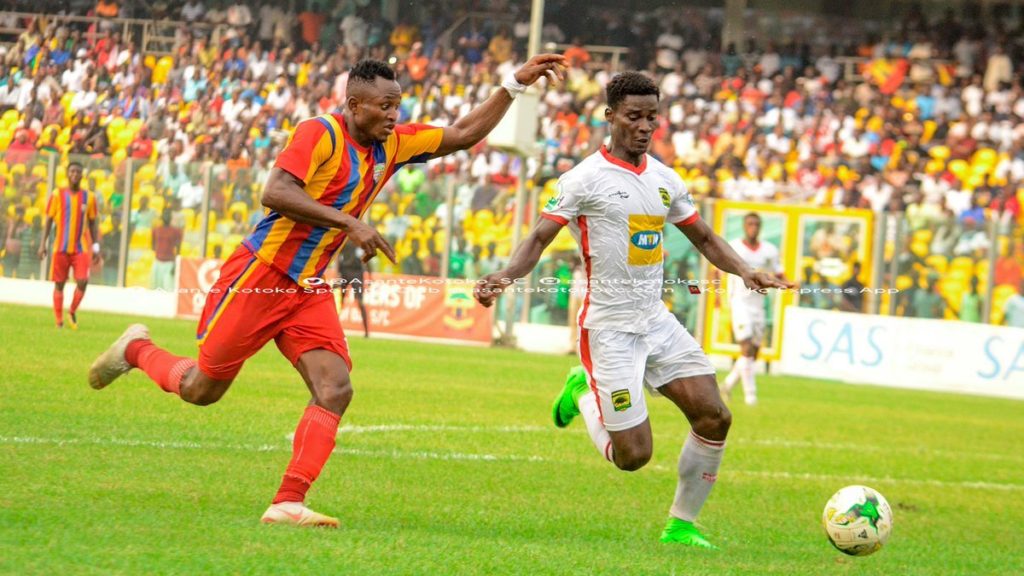 The Referee’s Committee has commended Referee Emmanuel Eshun for his performance in the Ghana Premier League Matchday six match between Hearts of Oak and Asante Kotoko in Accra.

Hearts of Oak quoting law 12 of the FIFA regulations under the sub heading HANDLING THE BALL, protested against Referee Eshun's decision to give Kotoko a late penalty and claimed that the decision was an error.

Hearts of Oak also complained that the Referee denied them a penalty towards the end of the game claiming the ball hit the hand of a Kotoko player in the penalty box.

The Referees Committee studied the footage and concluded that referee Eshun made a correct handball call within the confines of the law.

According to the Committee the law Hearts quoted isn't absolute and still allows the referee to make a determination when the ball comes off any part of the body or the player makes a delibrate effort  to handle the ball.

Referee Eshun  informed the Committee that he gave the penalty because the Hearts defender had his hand in an unnatural position above shoulder level before the ball hit his hand which by law is deemed a foul.

Referee Eshun also stated that the Hearts claim for a penalty was not accurate because the ball came off the thigh of the Kotoko defender.

According to the Referees Committee, Referee Eshun interpreted the laws of the game on hand ball as he is required to do by law on both occasions.

The Committee added that officiating in the Hearts-Kotoko match was commendable.