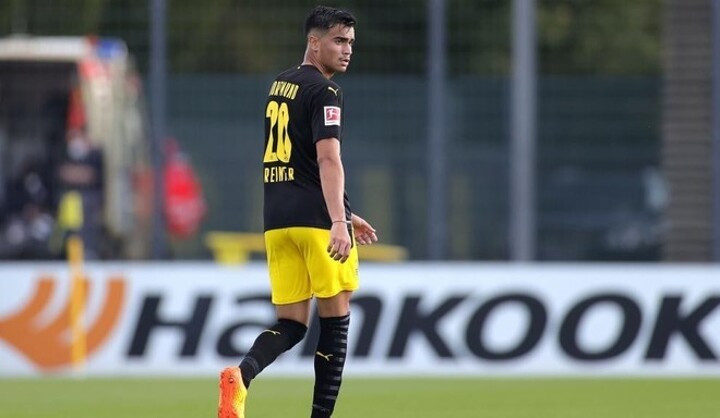 Reinier Jesus doesn't feel comfortable at Borussia Dortmund and is looking for a route out of the Bundesliga club.

He hasn't started yet for the club and has accumulated just 136 minutes across eight matches, so his loan from Real Madrid isn't going to plan.

Although the Brazilian hasn't yet officially communicated his desire to end his loan to Real Madrid, his unhappiness is clear and Real Valladolid - who already asked about the player last summer - are waiting in the wings as one of the potential new landing spots.

Real Madrid have already moved one unhappy loanee to a new club this January, with Takefusa Kubo pulled away from Villarreal and sent to Getafe after he struggled to earn minutes under Unai Emery.

The relationship between Borussia Dortmund and Real Madrid is excellent, but nobody at the German club has yet been in touch with Los Blancos about the situation.

Directors in the Spanish capital are a little bewildered at Reinier's lack of playing time at a club that has always backed youth, but there is talk at Signal Iduna Park about struggles with adaptation and the need for greater commitment on the part of the 18-year-old, who'll turn 19 next week.

It has been difficult for the Brazilian since he moved from Flamengo to Europe last January as he only had three matches with Castilla before a serious injury and now he has only played eight matches for 136 minutes this term.

Borussia Dortmund sporting director Michael Zorc recently said that he didn't know anything about the midfielder's unhappiness, but MARCA can report that the situation will develop soon as the idea of Reinier hardly playing all season is considered problematic.

While Real Madrid's initial wish was for the player to try to turn the situation around, they're now aware that the best option for all would be to actively pursue a solution.