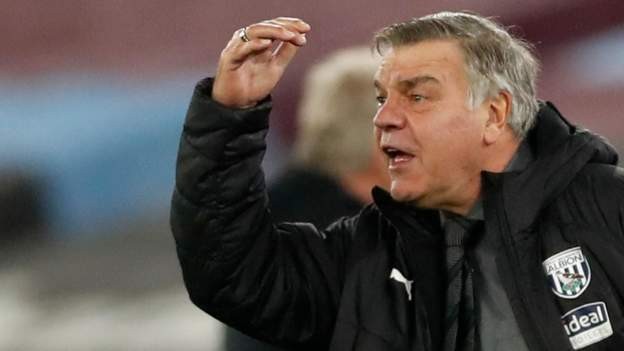 West Brom boss Sam Allardyce says his players will suffer "heavy reductions" to their wages if they get relegated.

The Baggies, who host Brighton on Saturday, are effectively 12 points from safety with 13 games remaining.

Unless they can turn recent improved performances into positive results quickly, the club will be heading back to the Championship after a single season in the Premier League.

"The players' futures is in their own hands," Allardyce said.

"It will mean heavy reductions in their contracts if we lose our Premier League status. It is their signature on the contract."

Allardyce has seen a significant improvement in West Brom's performances during the recent draws with Manchester United and Burnley. His side also led in crucial games against Fulham and Sheffield United recently but only came out of those four games with a total of three points.

"They are putting themselves in the shop window, not just for West Brom but any other club," Allardyce said.

"If that is not enough to spur them on to their best football, I have no clue what is."