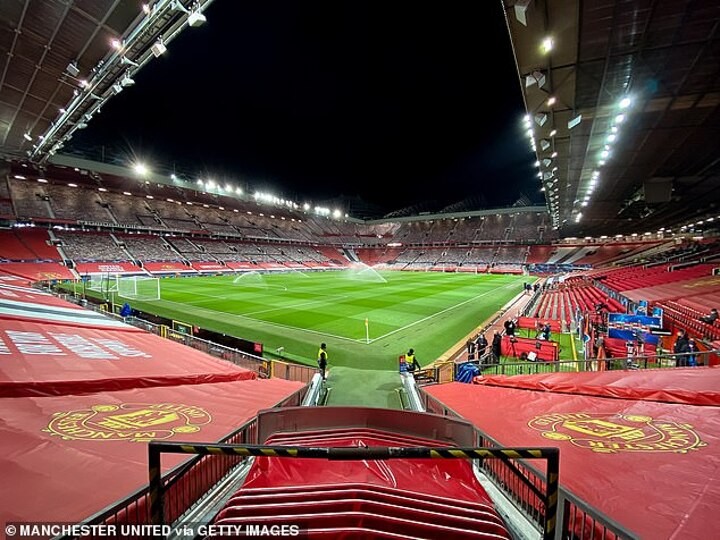 The cyber attack on Manchester United is finally over, two weeks after hackers targeted the club, it was revealed on Friday night.

United were being held to ransom amid fears top-secret data had fallen into the hands of the criminals or been encrypted so the club could no longer access it.

United would not comment on Friday night when asked if they had met the hackers' demands and paid up, although Sportsmail understands they have not.

The news will be greeted with relief around Old Trafford after some IT systems were disabled by the breach and staff were told not to use email.

Many employees were back online on Friday and the rest are expected to follow next week, with sources talking about it being 'almost business as usual'.

A team of technical experts have been working around the clock to repel the sinister attack since United fell victim to the ransomware virus — believed to originate from an email phishing scam — last month.

United notified the police, who alerted the National Cyber Security Centre, that warned in July of a growing threat to sports clubs from hackers.

There were concerns the criminals may have been able to steal sensitive information about United's stars and the club's transfer plans, as well as compromising match-day operations.

However, club insiders insisted on Friday night that United always had control of their IT systems and any delay in getting them back up and running was to make sure they were 100 per cent secure.

They pointed out that, in preparation for this kind of attack, the network had been segmented so only certain areas were affected.

As such, United were able to stage three home games against West Bromwich, Istanbul Basaksehir and Paris Saint-Germain, without serious disruption while the club's media channels remained in operation.

However, the episode has been embarrassing for United and they are still being investigated by the Information Commissioner's Office, who could fine the club up to £18m if supporters' data protection has been breached.

Meanwhile, United have revealed provisional plans for the return of 2,000 fans to Old Trafford for the clash with Leeds on December 20 if Greater Manchester comes out of Tier 3.

A Government review of the restrictions is due four days before United face their old rivals, and United hope to welcome back fans for the first time since the Manchester derby in March.

Although United believe they can safely accommodate 23,500 fans adhering to social distancing, the 2,000 limit has been set for Tier 2 areas.

United will play in front of supporters for the first time this season on Saturday when they face West Ham at the London Stadium. Ole Gunnar Solskjaer takes on former United manager David Moyes, claiming the Old Trafford hot seat is a unique position.

'It's the biggest club in the world and a different animal to anything else,' said Solskjaer, who was given public backing by executive vice chairman Ed Woodward on Friday.

'You wouldn't want it any different because that comes from the passion our fans have, the passion the media have for us, our history, hunger for success and the standards we have set.'