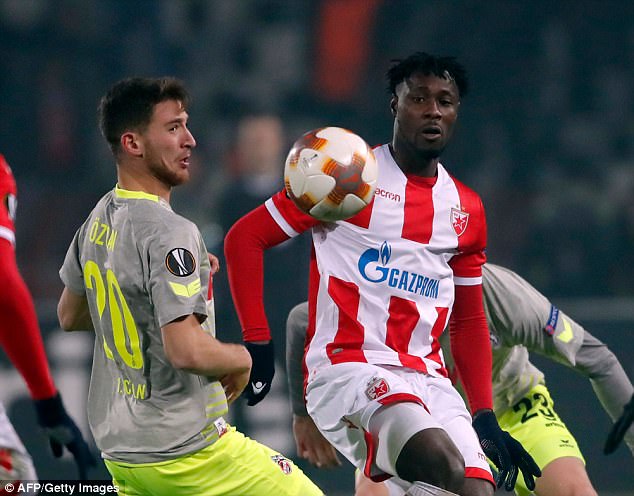 Serbian side Red Star Belgrade are currently considering the €7m from French side Rennais, €6m from Belgian giants Anderlecht, and a €9m loan-with-option-to-buy one from Turkish club Besiktas.

It’s understood Besiktas want to take Boakye on loan till the end of the season on a fee.

They will then activate a clause to buy him for €9m in June.

However, the two other clubs have offered to buy him on the straight.

Ghana's leading football website also understands there is a strong expectation of two bids from English Premier League clubs that spoke with Red Star while discussions about him going to China have stalled because Boakye is not interested in China because he wants to ‘play in England’.

Following his 41 goals in 49 matches in 2017, with 8 of them in the Europa League, the promise of global quality that Juventus saw in Boakye as a teenager are now emerging, so has many potential new clubs.

Reports say, the Ghanaian goalscoring sensation is target of many top clubs, led by Chelsea in England, CSKA Moscow in Russia, and Besiktas in Turkey.