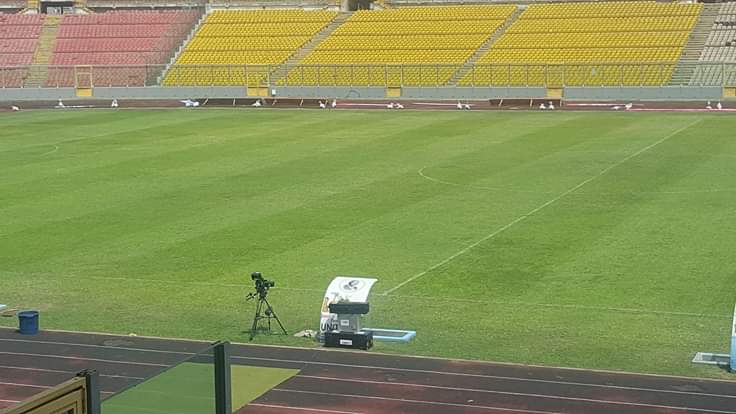 The 40,000 seater capacity stadium was closed down in February last year for works to be carried out ahead of the Independence day celebrations.

The closure of the stadium led to the relocation of Premier League teams Asante Kotoko and King Faisal to find alternative venues for their homes games.

After 12-months of closure the stadium has taken shape and nearing it completion to host domestic and international games upon its completion.

According to the Director-General of the National Sports Authority (NSA), Professor Twumasi the renovation works will be wrapped up the end of the month.

“As it stands now, seats at the stadium have been fixed, flood lights have been installed, while the drainage system have also been completed and the growing of grass will be underway soon.

“Asante Kotoko will return to Baba Yara Yara stadium this month [January] because renovation work is progressing steadily with chairs, floodlights and others all installed,” he told Sika FM.

Asante Kotoko and King Faisal could make an early return to their traditional home venue before the first round of the league ends.

Kotoko have adopted Accra Sports Stadium as their home venue whilst King Faisal host its matches at the Ohene Ameyaw Park in Techiman.